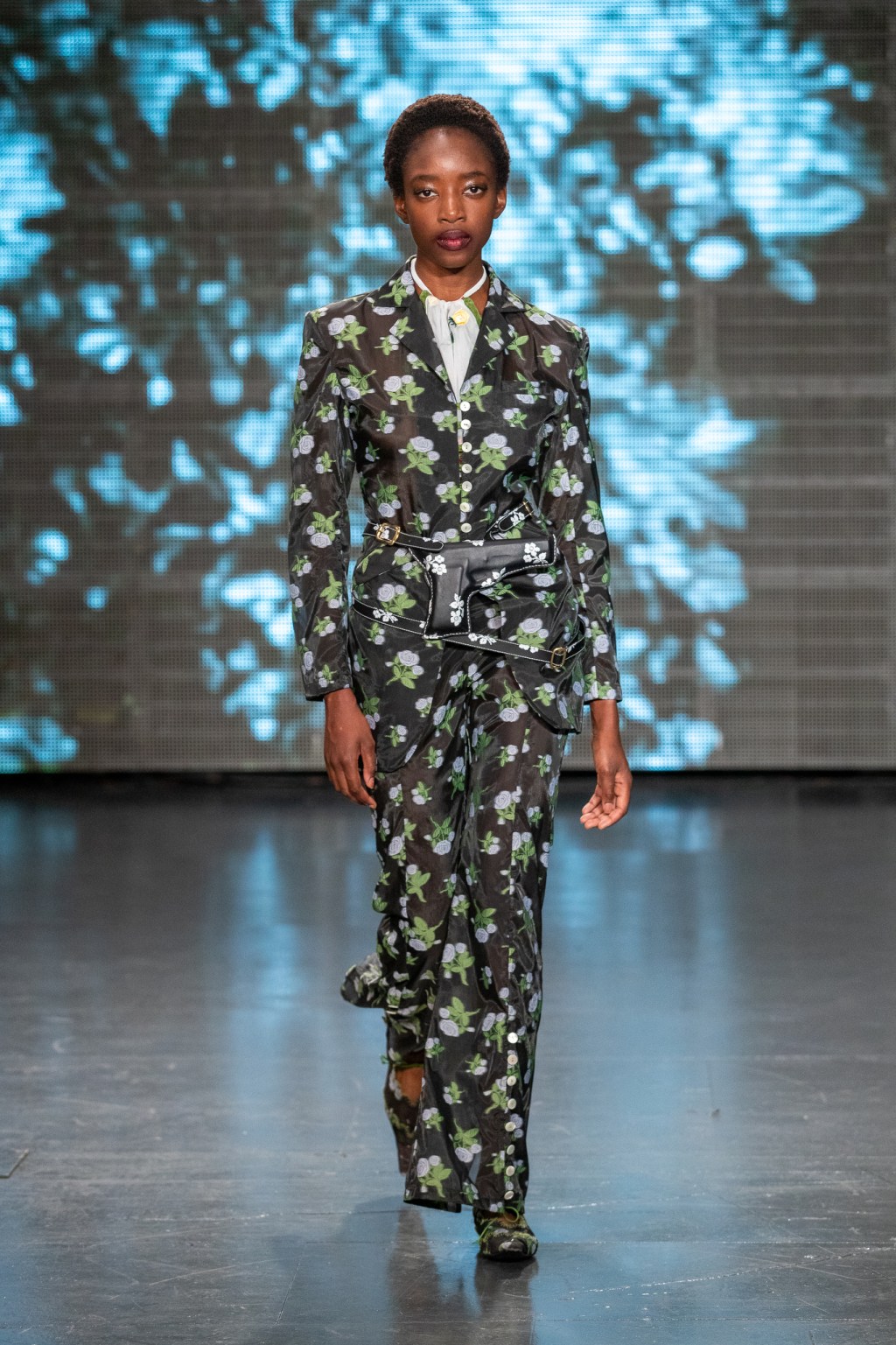 While sensual and romantic dresses are what Chinese designer Yuhan Wang is known for, she felt the urge to weaponize her girls with a “Kill Bill” don’t-mess-with-me attitude for spring 2022.

She was deeply touched by Labour MP Jess Phillips’ views on violence against women. Earlier this year, in a parliamentary debate on International Women’s Day, Phillips read out a long list of all the women killed in the U.K. over the past year where a man has been convicted or charged. Wang added that “killed women are not vanishingly rare, killed women are common,” mentioning the disappearance of Sarah Everard, who was later found kidnapped and murdered by Metropolitan Police officer Wayne Couzens on her way home in South London.

The look: A modern-day Victorian-era fashion-obsessed girl who enjoys picnics in Regent’s Park and shopping at Burlington Arcade, but also knows how to aim for the head in dangerous situations.

Quote of note: “We are living in a moment that makes me feel sad and angry. I named this collection ‘Juliette Has a Gun’ because Juliette for me is a very romantic character, which I have been carrying on from past seasons. ‘Gun’ for me not only refers to physical weaponry but also metaphorically strong-minded women who are able to overcome hurdles in life.”

The takeaway: From taking home the first runner-up for L’Oréal’s Young Talent Awards six years ago with her Central Saint Martins BA graduate collection, Wang has continuously presented one strong collection after another at London Fashion Week. It’s fascinating to watch her move away from love and romance, and take on darker themes.