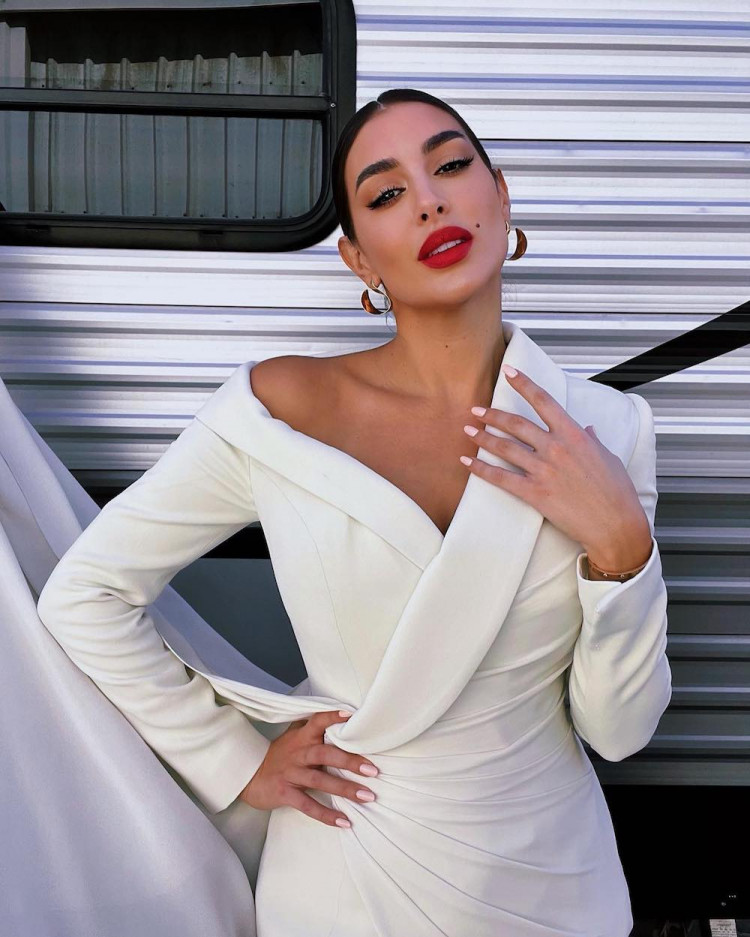 Trust Yasmine Sabri to serve up yet another look that perfectly walks the line between sharp and glamorous dressing. The Egyptian actor, whose personal style is known to feature double-breasted jackets, blazers, and a number of smart pieces, recently showed off a new statement look on Instagram. Posing for a series of photos presumably taken on set during a work day, Sabri wore cream-colored separates designed by Nicolas Jebran. The outfit is one of the Lebanese couturier’s less sparkly designs, thus making it right up the actor’s alley for a daytime on-duty look. While the top, which followed the silhouette of a blazer, came with one sleeve off-the-shoulder and a flattering wrap detail, its highlight was the long piece of fabric extending into a floor-grazing cape, which was offset by narrow trousers. The result: a look that seemed to blend all the power of a sharp pantsuit with the elegance of a dreamy white red carpet gown. The former Vogue Arabia cover star completed the look with her signature bold red lip, dramatic lashes, slick bun, and a blush pink manicure. For accessories, the Cartier ambassador looked to the Love bracelet and a pair of flattened metallic hoops. It’s safe to say that Sabri is having an eventful end of the year, having made stops in Paris for the Balmain show and later in Qatar for the Fashion Trust Arabia awards ceremony. Although the actor did not reveal what she had been filming, fans can expect to see the outfit in an upcoming project. Until then, a sneak peek via the ensemble is enough to inspire work wardrobes this season.