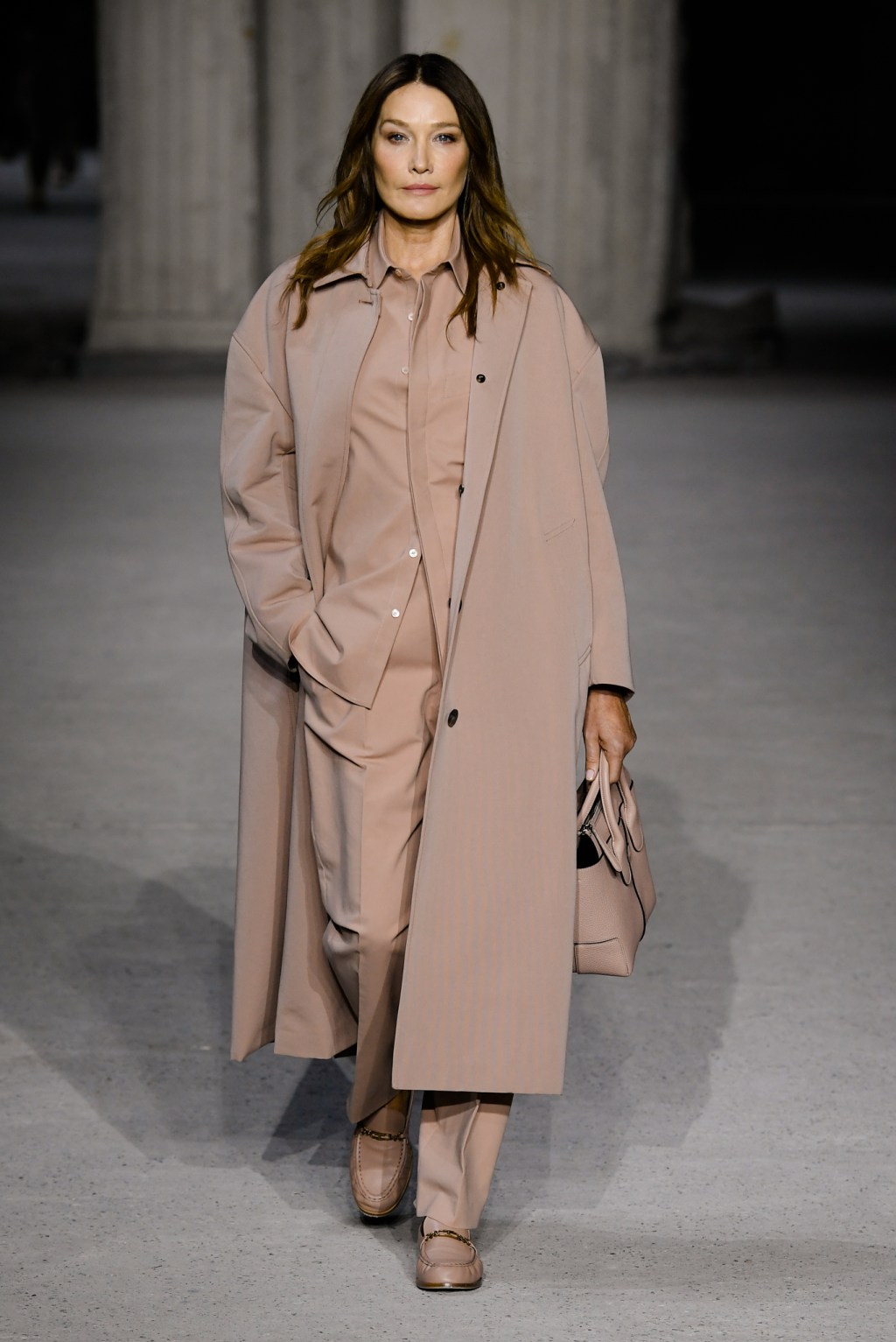 The women on Walter Chiapponi’s mood board at Tod’s said it all, from Carolyn Bessette-Kennedy and Romy Schneider to Meryl Streep in a still from “Kramer vs. Kramer,” to Lady Diana and Madonna circa 1985.

For Chiapponi, these women are his “chic, timeless icons of style” just as much as they are for Tod’s. This translated into revisiting signature pieces from menswear tailoring, the trench or the biker jacket, for example, in leather — the brand’s bread-and-butter.

However, there were several feminine elements. A sartorial, structured jacket was worn over a leather slipdress, and high-waist pants were paired with a bustier. There was more knitwear, as in a sensual, body-hugging shirtdress. While the pieces were mainly monochromatic, Chiapponi introduced a new eye-catching python print.

For spring, the designer opted for an early-morning show at Milan’s Pirelli Hangar Bicocca for the first time, opened by Carla Bruni and closed by Naomi Campbell, walking through the arresting, post-apocalyptic permanent installation “The Seven Heavenly Palaces 2004-2015” by Anselm Kiefer.

He explained his choice as being in tune with Tod’s previous longtime location in Milan, the contemporary art museum PAC. The location is indeed beautiful, but its imposing size did not allow viewers to fully appreciate the time-honed craftsmanship of the garments, and the mainly earthy color palette, from nude to chocolate, was somewhat lost in the industrial space.

Chiapponi also turned his attention to accessories, introducing the D Bag in a handmade patchwork of different upcycled hides. He unveiled a new Tod’s gommino called “Bubble,” supersizing the pebbles on a hybrid between a sneaker and a ballerina flat, which will most likely sell like hot cakes.