The Tesla Cybertruck may still be more than a year away from production, but that hasn’t stopped enthusiasts from dreaming up increasingly outlandish accessories for the EV.

The latest to catch our eye is the Cybercat, a DIY add-on that will let you turn the battery-powered pickup into a catamaran. It’s a concept that’s so out there, it’s actually surprising that Elon Musk or Tesla didn’t come up with it first.

The aftermarket accessory is the brainchild of Anthony Diamond, a materials science and engineering Ph.D. and early Cybertruck reservation holder, according to the concept’s website. Diamond lives on Puget Sound in Washington and has long been interested in a convenient and clean vehicle he could use to “hop across” the water without having to park it like a boat. His solution? Turn the Cybertruck into a ride that can do just that. 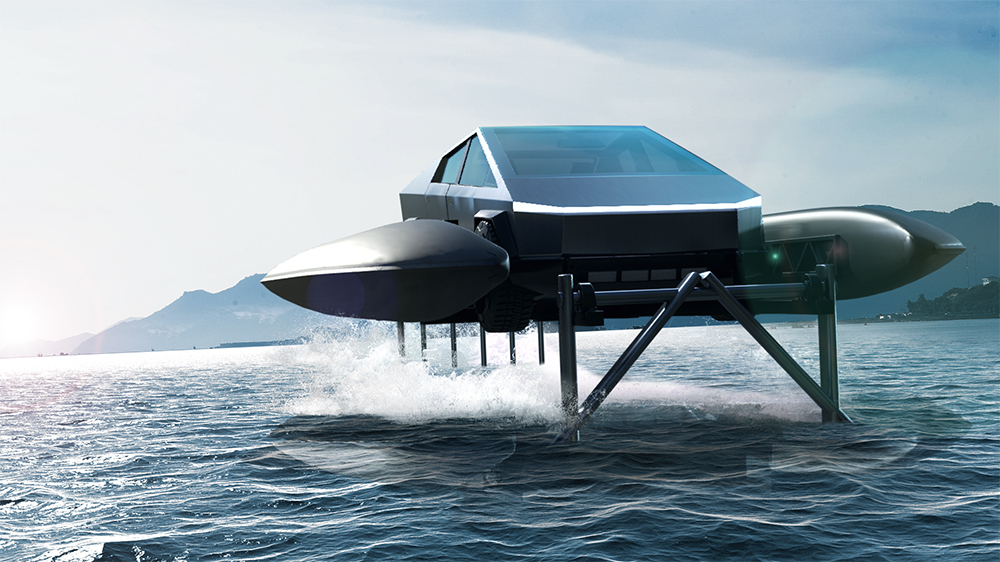 The Cybercat consists of a conversion kit that takes about as long to assemble as it does to launch a boat. It consists of two pontoons for floatation and anywhere from one to five 50 kW outboard motors, each of which is powered by the Cybertruck’s battery. Once it’s set up, you’ll be able to zip across the water quickly and smoothly thanks to the pickup’s adaptive air suspension. Best of all, once you’ve made it to land, you can break down the kit and store it in the back of the EV.

Since the Cybertruck hasn’t gone into production, there is no working prototype yet, but the Cybercat will aim to reach speeds in excess of 25 mph and for a range that falls between 50 and 115 miles depending on speed, according to Eletrek. The brand also plans to offer a high-performance kit, the Cybercat Foiler, which will make the amphibious Cybertruck even faster and more efficient. 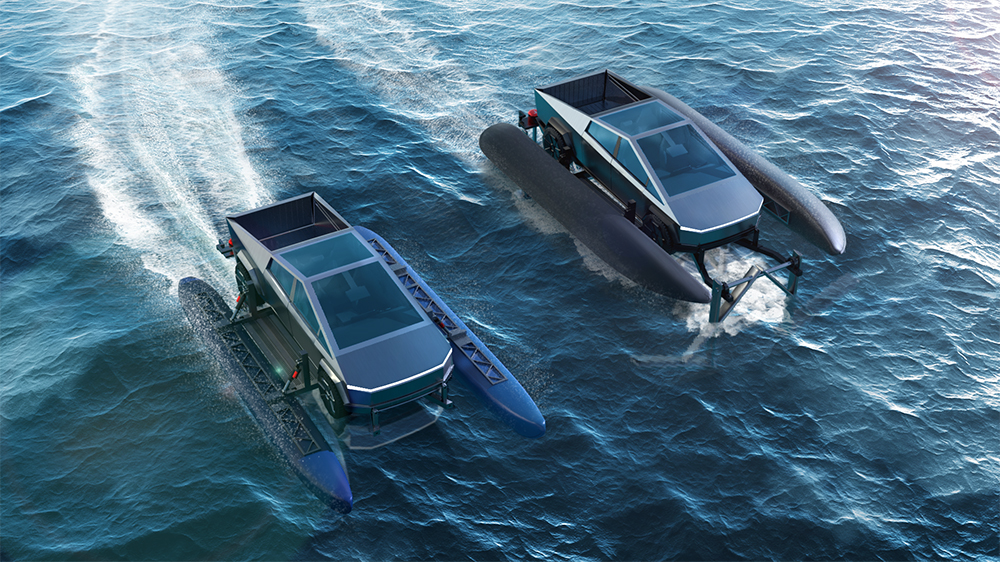 As ridiculous as Diamond’s concept may seem, there’s a patent pending for it, and the Cybercat website already allows you to sign up for reservation priority status. Pricing is expected to fall between $22,900 and $32,900, depending on the number of outboard motors, while the Cybercat Foiler will cost an additional $10,000.

If the Cybertruck does ever make it to production, it sounds like you’ll be able to drive it over both land and sea.