Gird your loins, “The Devil Wears Prada” came out 15 years ago today.

It seems like only yesterday viewers gaped at the sight of Andy Sachs walking through the glass office doors of Runway magazine in those head-turning, thigh-high Chanel boots. In spite of its age, the film is still referenced as one of the most celebrated fashion movies in recent history, with outfits many still take inspiration from today.

Adapted from Lauren Weisberger’s novel of the same name, the film depicts a closer look at the ins and outs of working in the supposedly cutthroat fashion industry. The plot follows the story of recent college graduate Andrea “Andy” Sachs (Anne Hathaway) who lands the highly coveted job of being the co-assistant to powerhouse magazine editor Miranda Priestly (Meryl Streep).

Weisberger’s bestselling book, released in 2003, was a roman à clef detailing her own personal experience as an assistant to Vogue editor in chief Anna Wintour, who was widely believed to be the inspiration for Miranda Priestly. 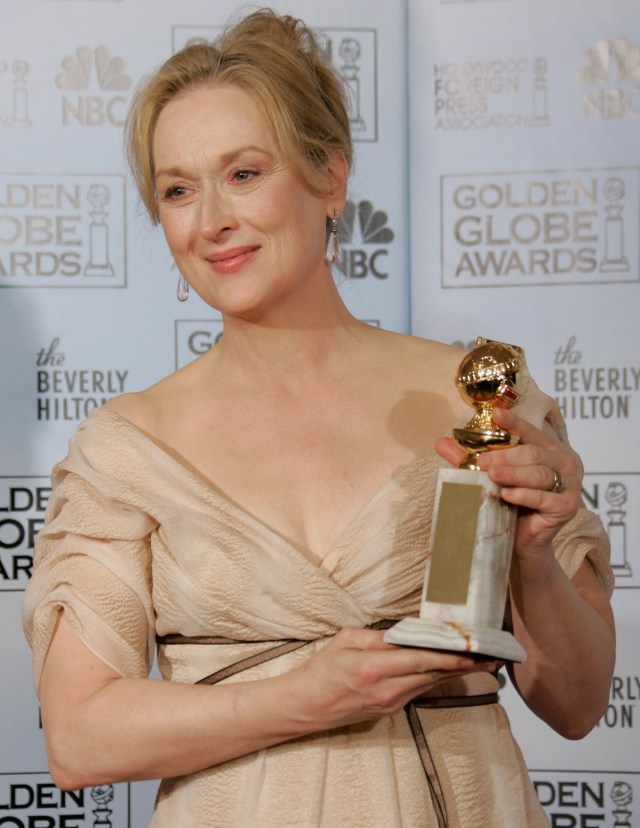 Meryl Streep poses with the award she won for best actress in a musical or comedy for her work in “The Devil Wears Prada,” at the 64th Annual Golden Globe Awards in 2007. (AP Photo/Kevork Djansezian)
AP

Discussing her thoughts behind dressing Streep as Miranda Priestly, Field told WWD it was “important for [her] to take it to another level” beyond Anna Wintour being the main inspiration.

“It was about creating for the viewing audience what a chief editor is about. And I discussed all that with Meryl and she agreed with me,” Field told WWD for the film’s 10th anniversary in 2016. “And so in choosing her wardrobe my idea was that she’s a chief fashion editor, she has her own style. It’s not some other editor’s style that I’m copying. We’re creating an original character.”

Here, WWD looks at some of the more iconic fashion moments from “The Devil Wears Prada.” Scroll on for more.

A ‘Sex and the City’ Reboot is Coming to HBO Max: A Look Back at the Show’s Iconic Fashion Moments