During Monterey Car Week, two of the highest-profile events, The Quail, A Motorsports Gathering and the iconic Pebble Beach Concours d’Elegance, collectively present a field of well over 400 coveted automobiles representing a wide spectrum of time, design, power and provenance. And while some of the examples have been passed down through generations or obtained through private sales, many have crossed the public auction block.

“This year’s Monterey auctions were eagerly anticipated as a barometer of the state of the industry, particularly with respect to the impact from a potential recession, higher interest rates, war in the Ukraine and post-Covid behavioral shifts,” says Juan Diego Calle, car collector and co-founder of Classic.com. “During Monterey, it seemed as if all of those were non-issues. It was business as usual—booming, in fact.” 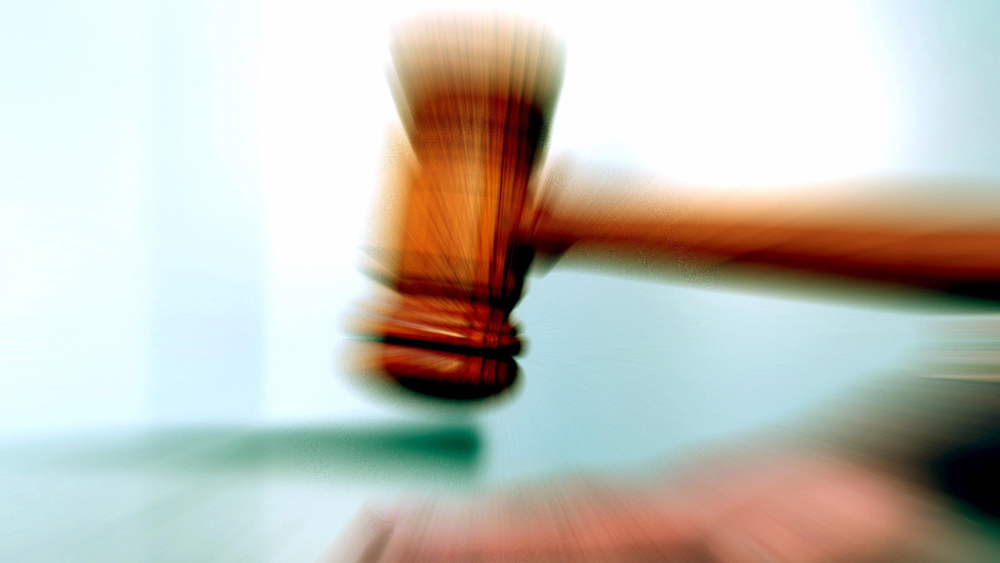 During the 2022 Monterey Car Week, approximately $463 million in total vehicle sales were made, according to collector and co-founder of Classic.com, Juan Diego Calle.

The report also reveals that a growing number of millennials are in the market, hoping to buy what inspired them in their formative years. This is evidenced by the fact that 28 percent of the 100 costliest cars sold in Monterey last week were from the 1980s and later.

“We’re clearly seeing a generational shift toward vehicles from the 80’s and 90’s, driven by a younger demographic of collectors and enthusiasts,” Calle says, also noting that the average amount paid for a vehicle was close to $590,000. “Surely there were prewar gems selling for record prices, but the large crowds came out to see more modern icons such as the Ferrari F40, F50, Porsche 959 and Carrera GT.”

The five that fetched top dollar, though, were all from last century—the most recent built in 1957—and all from the storied marques you would expect. Also no surprise is that they came from auction houses the likes of Gooding & Company and RM Sotheby’s, the latter responsible for not just the highest seller, but four out of the five. Who knows? One or more of these may be rolling onto the final fairway at Pebble Beach to compete for Best of Show when Monterey Car Week Gears up again next August. 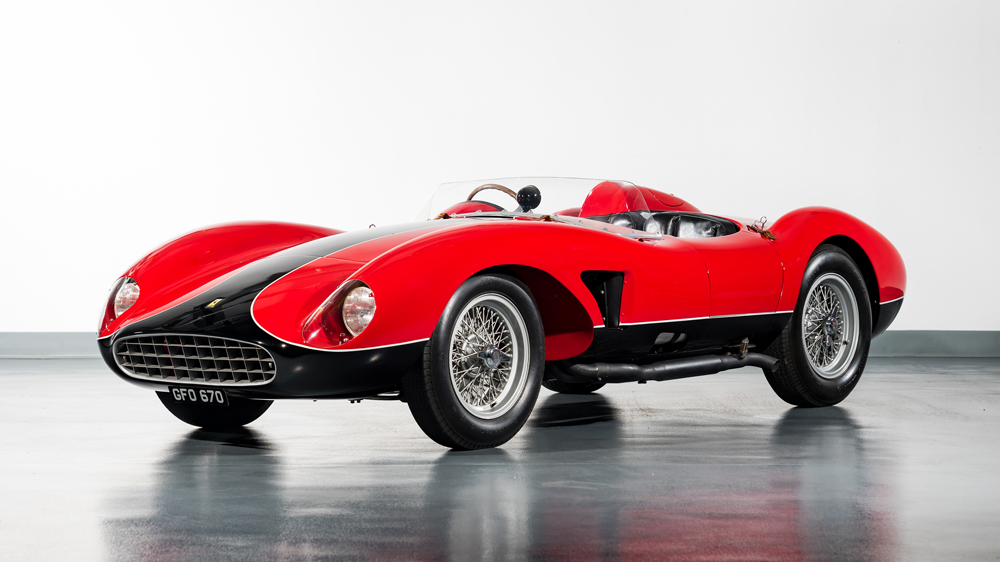 The 1957 Ferrari 500 TRC Spider that crossed the block had raced in that year’s 24 Hours of Le Mans.

The penultimate example of only 19 built, this 500 Testa Rossa was fit to comply with new-at-the-time FIA Appendix C regulations, hence the “TRC” moniker. Fit with a 190 hp four-cylinder engine developed by Aurelio Lampredi, and beautifully bodied by Carrozzeria Scaglietti, the car was raced by Richard Ginther and François Picard in that year’s 24 Hours of Le Mans but failed to finish. It did, however, go on to have various drivers on the podium 18 times through 1963, and racer Aston Gregory alone had 12 class wins behind the wheel. Last kept as part of the Oscar Davis Collection, the car had been returned to its matching-numbers state before selling through RM Sotheby’s for $7,815,000 on August 20. 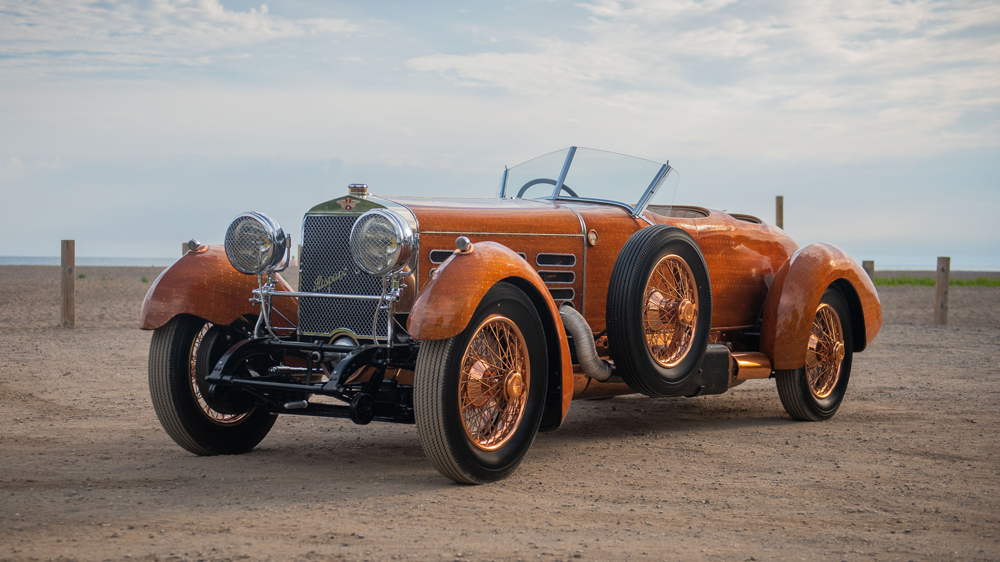 This revered vehicle is dressed in unusual coachwork to be sure, but also among the most beautiful, harkening back to a bygone age for not just the automobile, but watercraft and aviation as well. The car was a commission from André Dubonnet, of Dubonnet aperitif wealth and fame, who had been a combat pilot in World War I and wanted to incorporate innovative aircraft construction techniques and materials in a race car.

Dubonnet did so with the help of Nieuport-Astra, an aircraft builder in France who created this approximately 160-pound body with strips of mahogany (originally thought to be tulipwood) and a myriad aluminum rivets. The result looks as much maritime as motorsport, and Dubonnet raced it to a sixth-place finish at the 1924 Targa Florio. Six decades later, it completed an eight-month restoration and competed in the 1984 Pebble Beach Concours d’Elegance, where it was recognized as the Most Significant Hispano-Suiza of the contest. Bidding reached $9,245,000 when the hammer finally dropped in Monterey on August 18. 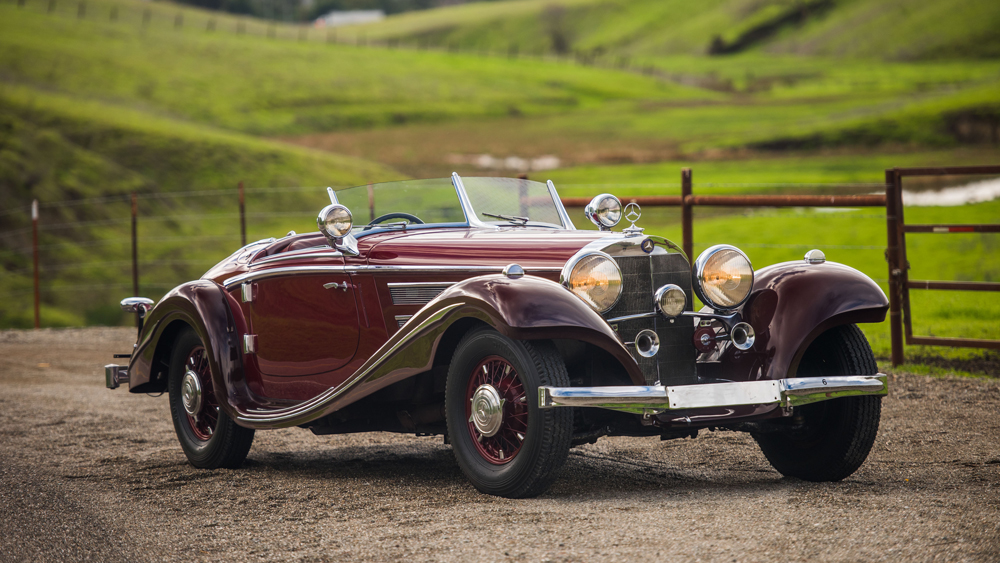 Offered through RM Sotheby’s, this 1937 Mercedes-Benz 540 K Special Roadster by Sindelfingen has less than 13,000 miles on it.

A ride worthy of royalty, this Mercedes-Benz 540 K Special Roadster, offered through RM Sotheby’s, was built for Afghanistan’s King Mohammad Zahir Shaw in 1937 and has since seen less than 13,000 miles on it over the course of just four subsequent owners. Among those stewards was Vernon Jarvis who, for three decades, included the car as part of his Early American Museum that was open to the public in Silver Springs, Fla.

The example features coachwork by the marque’s own team of artisans at Sindelfingen, Germany. In particular, it wears a low-door, long-tail design with a covered spare-tire compartment at the rear, one of only three known to still exist with this stylistic combination. But aside from its aesthetic rarity, the fact that it was a monarch’s automobile easily explains how it fetched the kingly sum of $9,905,000 on August 18. 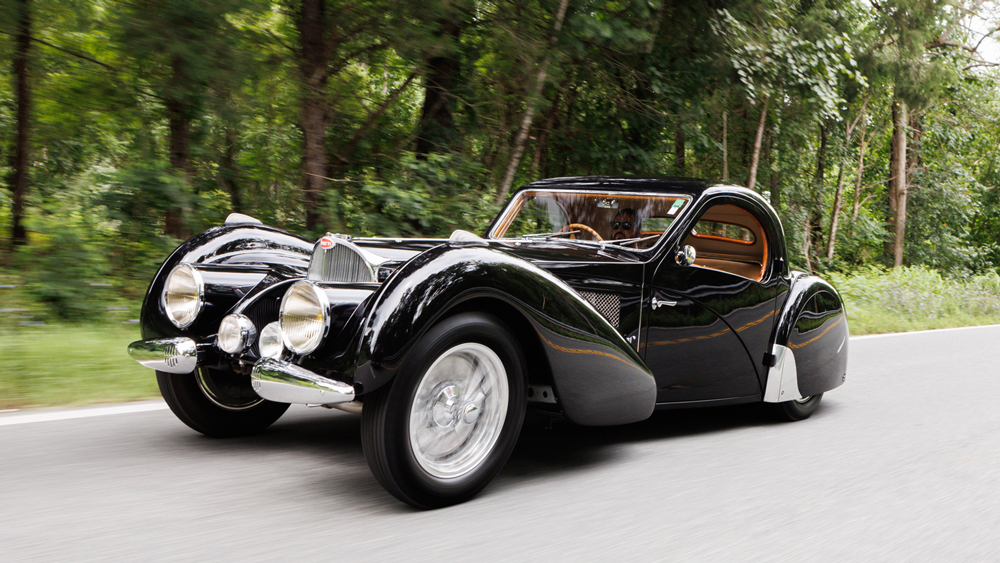 Out of Gooding & Company’s $109,452,370 in total sales from the 130 lots purchased at its 2022 Pebble Beach Auctions, this 1937 Bugatti Type 57SC Atalante accounts for $10,345,000 of that. And it’s no wonder. The car’s nomenclature alone makes it worthy of being hermetically encased and preserved for the ages. The original French marque’s magnum opus, the Type 57 model line was designed by founder Ettore Bugatti’s son Jean, who tragically died while testing the Type 57C Tank in 1939.

Only 17 examples of the Atalante were made, and this one was lowered and supercharged, or in French, Surbaissé and Compresseur (SC). Fit with a 200 hp inline four-cylinder engine mated to a four-speed manual gearbox, the car has managed to keep the original chassis and body it was born with, making it one of the lynchpins of Bugatti’s legacy. 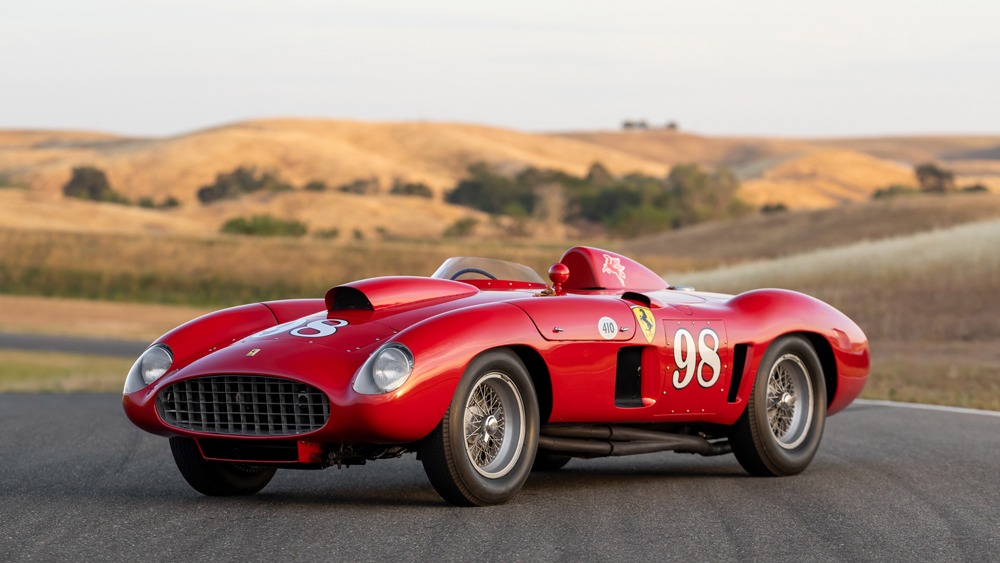 The truly seductive draw of owning a collector car is becoming a part of its provenance, and the better its story the more intense the desire to become the next chapter. That’s why this 1955 Ferrari 410 Sport Spider hammered for more than twice that of its next closest competitor. But then few machines have shared such a leading role with the biggest stars in motorsport at the time.

The Ferrari 410 Sport Spider is a model comprising only two cars, each developed to compete in the 1955 Carrera Panamericana. The contest, however, was called off after 83 people were killed at Le Mans in one of the most horrific racing accidents in history. So Juan Manuel Fangio was the first to take the reins of this Prancing Horse, chassis No.0598 CM, at the 1000 KM of Buenos Aires the next year. It soon came stateside, campaigned by John Edgar’s eponymous team and its wunderkind racer Carroll Shelby.

Although other icons of the track, like Phil Hill, Masten Gregory and Richie Ginther took turns behind the wheel, all adding exponentially to its value down the road, it was Shelby that made it the eight-figure Ferrari of today. Out of its 11 overall victories and 19 podium finishes, Shelby was the pilot for eight and 10 of those, respectively. Then, of course, there’s the indelible affirmation of its exclusivity, inscribed on the fuel tank by Shelby’s own hand: “Mr. Ferrari told me that this was the best Ferrari he ever built.” Say no more.

Click here to see photos of the 5 most expensive cars sold at the 2022 Monterey Auctions. 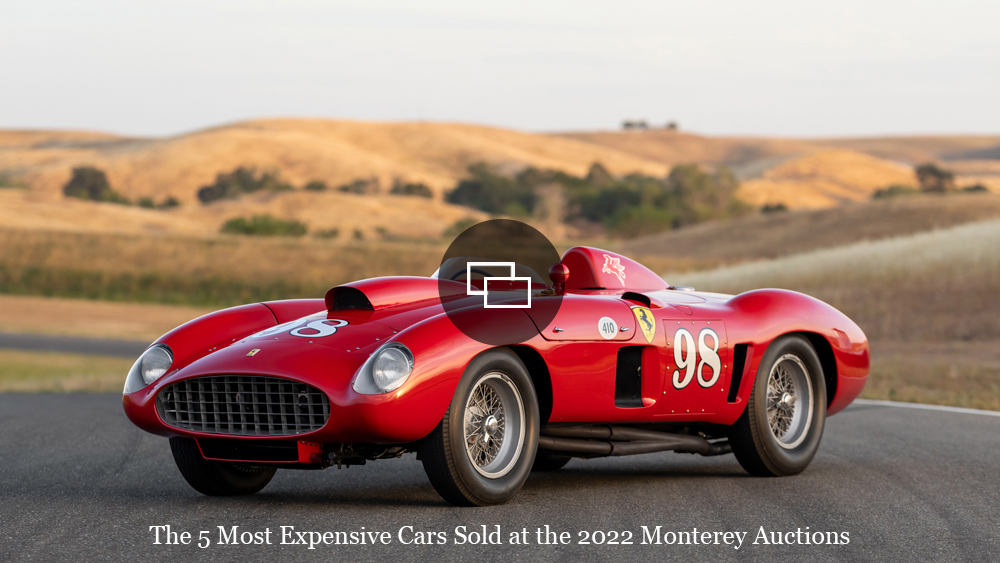 The 1955 Ferrari 410 Sport Spider that crossed the block through RM Sotheby’s.