There may be no better way to channel the King of Cool than by jumping behind the wheel of one of his beloved cars.

Lucky for you, a vintage Mercedes-Benz 300 SEL 6.3 once owned by Hollywood icon Steve McQueen has just been listed for auction on Bring a Trailer.

For the unversed, this full-sized luxury performance car was built by Mercedes-Benz from 1968 to 1972. As few as 6,526 models rolled off the line during this time, which makes the retro ride quite collectible today. 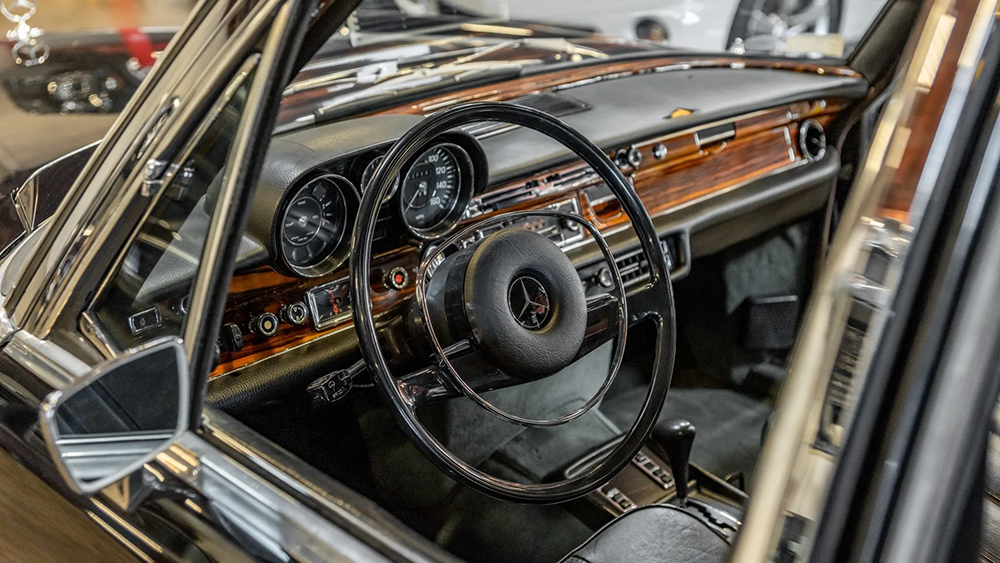 Inside, the Benz sports an elegant wood-trimmed Zebrano dash.

This particular Benz was imported to the US in 1972 and titled to McQueen’s film company Solar Productions. It was driven by the late, great American actor until he died in 1980, after which it cycled through a few dedicated collectors.

The rarity was eventually sent to Kienle Automobiltechnik in Germany in 2012 for a year-long refurbishment that cost €125,000 (around $138,000). The exterior was refinished in the original black paint, while the suspension and brakes were refreshed.

Under the hood, the 6.3-liter M100 V-8 features Bosch mechanical fuel injection and is mated to a four-speed automatic transmission. Kienle revamped the engine bay, too, welding the cracks on the underbody and replacing various hoses, fuel lines and gaskets. The car rides on Silver 14-inch Bundt alloy wheels with Vredestein Sprint Classic tires. 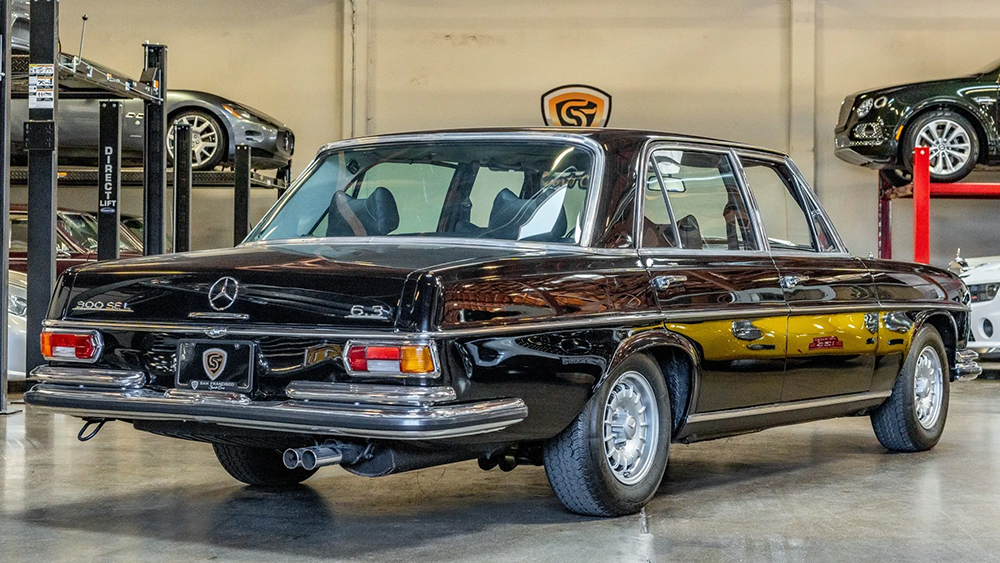 Inside, you can expect front bucket seats with headrests and a rear bench in black upholstery. According to the seller, the upholstery and trim show signs of age. Elsewhere, there’s an elegant wood-trimmed Zebrano dash that houses a vintage Becker Mexico cassette stereo, along with VDO instrumentation, an analog clock and auxiliary gauges. You’ll also spot a stylish Webasto sliding roof. To top it off, Kienle renewed the insulation in the flooring and repaired the A/C system.

The current owner reportedly only added 1,000 miles to the odometer, and today the mint-condition classic is presented with 81,000 miles.

From a Husqvarna Viking 360 Motorcycle to a 1961 Cooper T-56 Formula Junior, McQueen’s vehicles routinely attract hefty sums at auction. True to form, the Merc is already sitting at $46,000 at the time of this writing, with 10 days left on the sale. Hey, nobody said becoming the King of Cool would be cheap.

Check out more photos below: 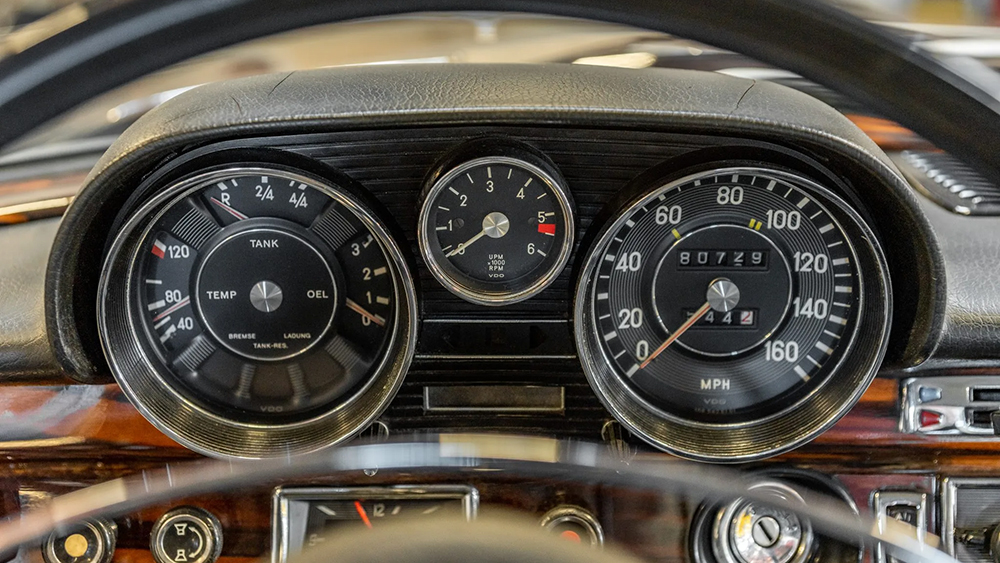 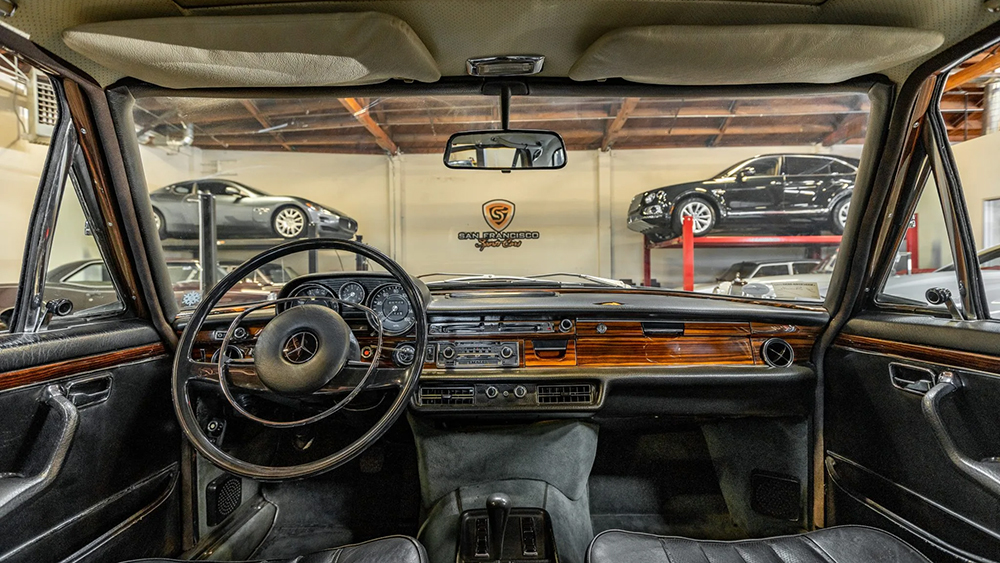 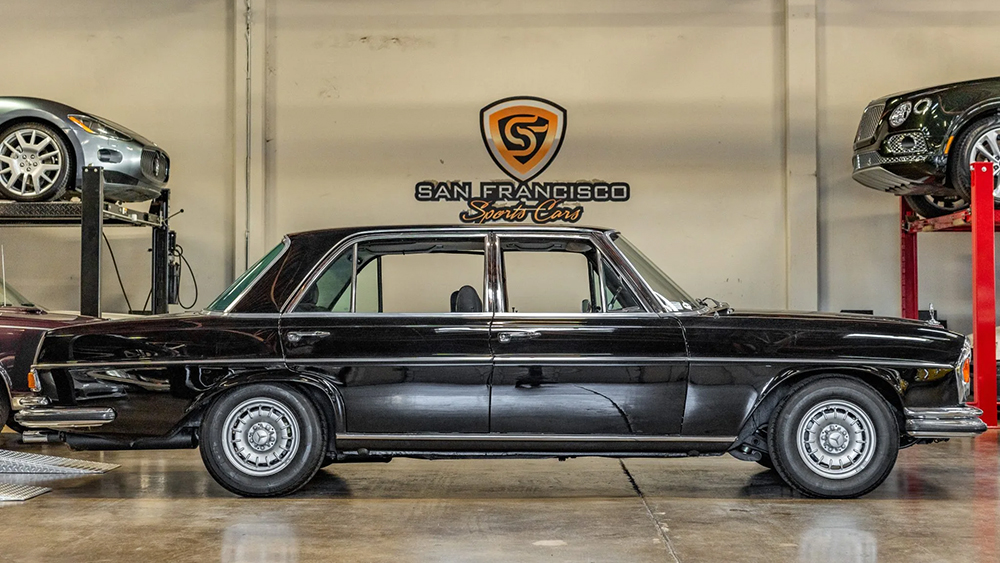 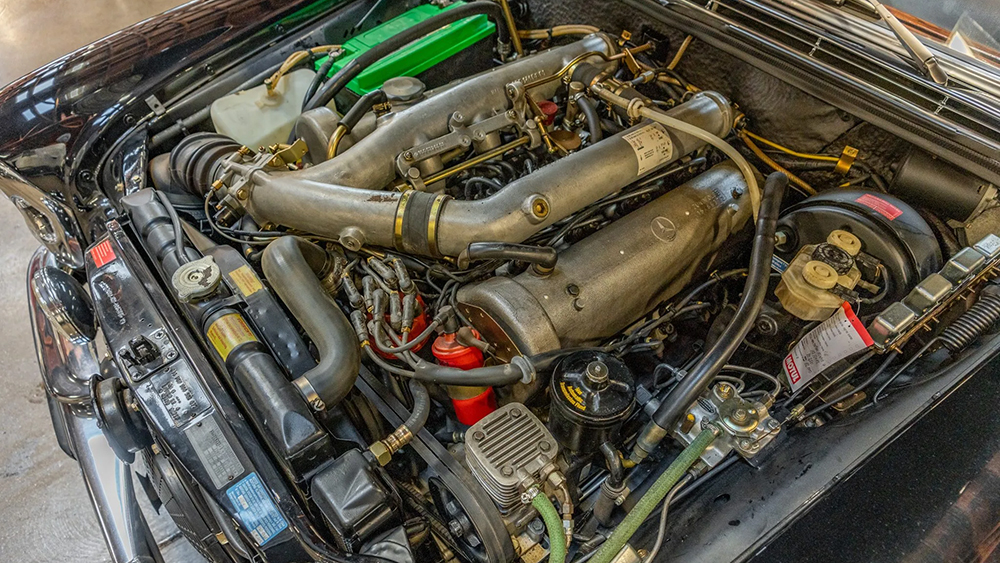