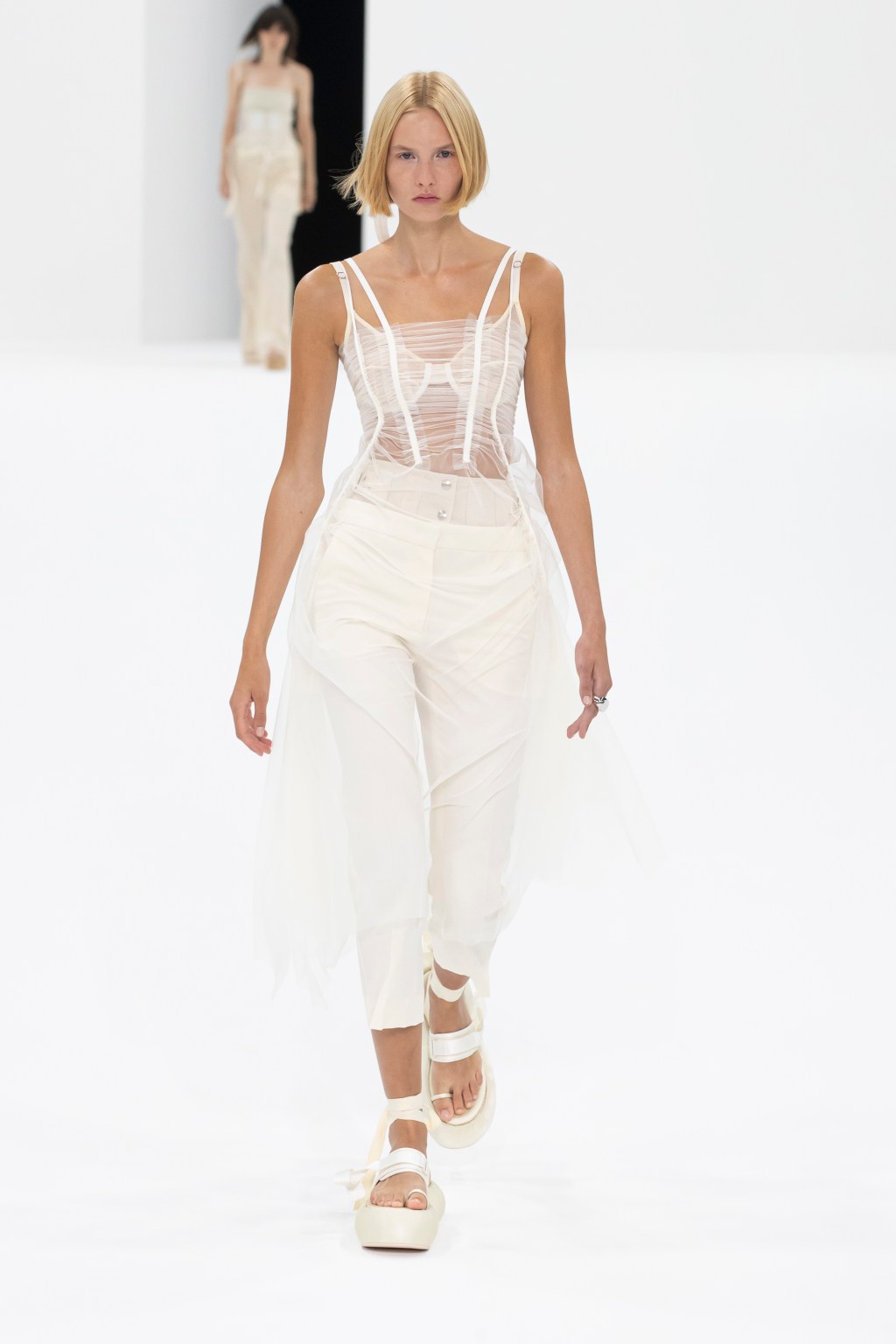 In the Max Mara system, Sportmax is definitely the edgier, more experimental brand. With this spring collection, the label confirmed this role, unveiling a cool collection that offered new interpretations of the Sportmax stylistic codes.

Inspired by the dichotomy between “order and chaos, light and obscurity,” as highlighted in the show’s notes, fashion director Grazia Malagoli delivered a charming lineup focused on contrasts. In particular, this season the brand’s signature urban minimalism was paired with baroque, opulent elements for an interesting clash: streamlined pants, second-skin knitted overalls, elongated blazers and baggy pants with a ’90s vibe were juxtaposed with gathered and draped ethereal dresses, crafted from gauze, silk georgette and tulle.

Corsetry elements, including laced-up details and exposed bras, stressed the feminine attitude of some of the looks, while an athletic, almost adventurous vibe, was introduced in the lineup via parachute-like straps and tone-on-tone maxi backpacks — the survival bags of Sportmax girls.

The soundtrack, composed by Teho Teardo specifically for the show using his signature microscope sounds, enhanced the overall feeling of being suspended in time in the bright dawn of a new world — a happy one for the Sportmax brand.