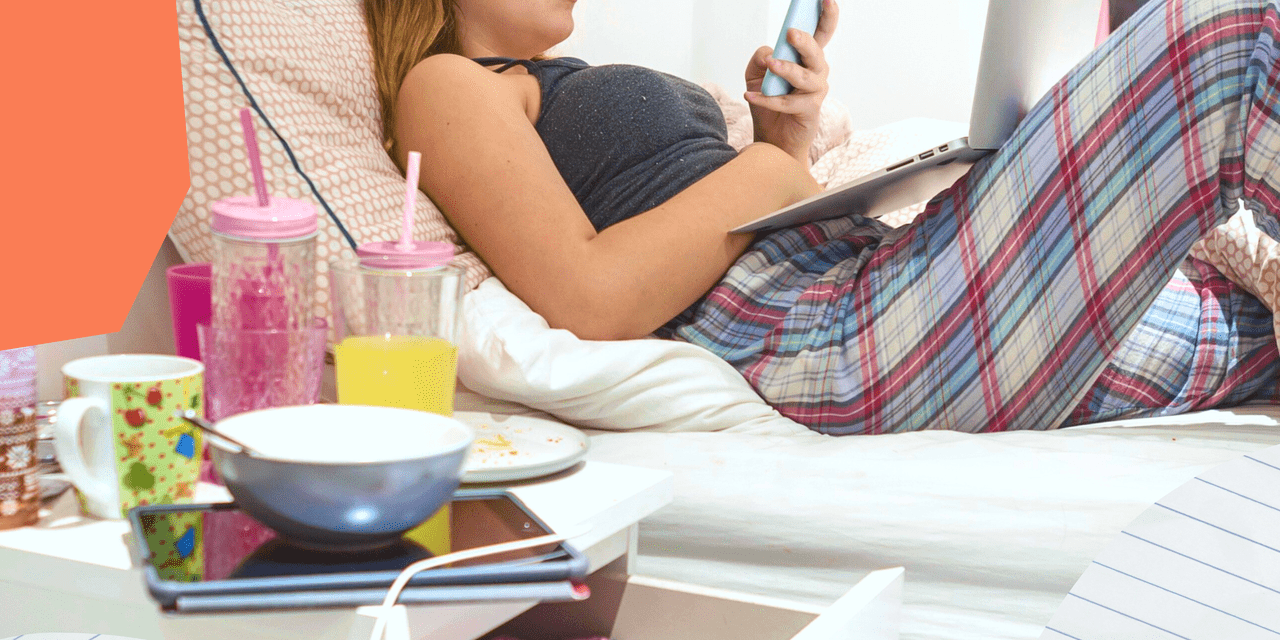 You want to avoid blaming statements that start with “you” or “you always…” too, since they can also put people in defensive mode. “Try to keep it problem-focused, not personality-based,” Wessell says, and do your best to focus on one issue at a time, as opposed to hitting them with a list of complaints, which can, yep, also put them on guard. If you’re in a group-living situation and one person is the main source of the stress, Wessell suggests choosing one roommate to talk to them, because “having an intervention can make someone feel like you’re teaming up on them.”

While related to our previous tip, this one deserves its own space: Releasing your roommate rage in a sharply worded Post-it note or Finsta post can feel so satisfying in the moment, but it won’t improve your situation. It will likely lead to eye rolls from your roomie, deepened distrust, and possible mutual-friend drama.

In assessing how good of a roommate you’re being (gasp), Mayone says to ask yourself, “Are you doing anything to throw fuel on the fire? Are you being indirect?” Passive aggressive moves aren’t always malicious, of course—they can also stem from shyness or issues with conflict—but they usually just make matters worse, she says. If you’re nervous about speaking up, taking a couple of deep breaths and keeping your complaint, again, focused on the behavior can prevent the conversation from getting too heated.

Which mildly irritating human quirks can you live with? You hate the smell of the hazelnut coffee they brew every morning, for example, but does it impede your ability to thrive in school? No. “Learning to tolerate someone that you maybe don’t prefer to be around is an excellent life skill—and one that you’ll have to use in the workplace all the time,” Wessell says.

Plus complaints about relatively minor issues can drown out the important ones. This might make your roommate less likely to pay attention (or care) when you have a valid concern, like the fact that they’re always (loudly) FaceTiming with their back-home girlfriend when you’re trying to study or crank out a paper.

6. Talk to a neutral third party if you need to.

Wessell, who works as a therapist for resident advisors in her role at OSU, recommends confiding in your RA, if you’re living in a dorm, after attempts at direct communication with your roommate aren’t working. “This isn’t your mom or dad, this is not your landlord—it’s a person with lived experience in dorms who’s good at problem-solving,” she says. Your RA may have been in a similar situation in the recent past and could therefore offer you some valuable insight and advice.

Wessell adds that if you’re experiencing reportable harassment—say, related to race, ability, sexuality, gender—feel generally unsafe, or if your roommate committed a crime such as theft, your RA can also help get the proper campus officials involved. If you’re living in a campus apartment, you can try contacting your school’s student affairs division for help.