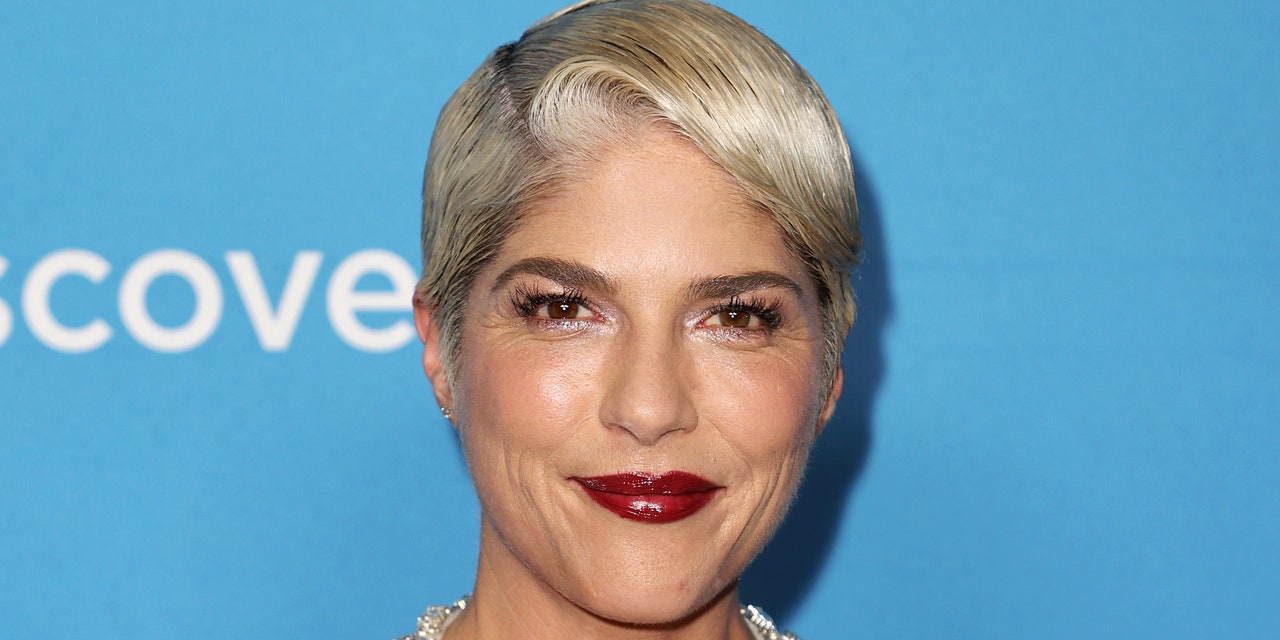 Selma Blair shared what her first performance on Dancing with the Stars really felt like in a new interview with Access Hollywood. “It brought tears to me afterwards,” the 50-year-old actor said as she stood next to her 11-year-old son, Arthur, who mentioned that he’s “really proud” of his mom.

Blair, who has been open about living with multiple sclerosis (MS) since her diagnosis in 2018, thanked her dance partner, Sasha Farber, for being so supportive during rehearsals and on-stage. “I’ve never even danced with anyone before…. This was my first dance, and to have Sasha hold me in frame and teach me to have a little better control and calm my breathing down—it meant everything,” she said. “It was beautiful.”

Naturally, she got a bit nervous in the lead-up to the show’s September 19 premiere and worried that her body would involuntarily pause during the dance. “I felt the adrenaline, and when I feel the adrenaline some of my body freezes,” she said. “In the dress rehearsal I thought, Oh God, I hope I can find it.” And she did: Her brilliant performance was met by praise (and plenty of tears) from the judges. This included Carrie Ann Inaba, who was visibly emotional as she spoke about her own experience of being a part of the “invisible illness community.”

Multiple sclerosis is a chronic neurological condition that affects the central nervous system. As the disease progresses, it can block messages the brain tries to send to the rest of the body. This can lead to wide-ranging, potentially disabling symptoms, including chronic pain, vision problems, muscle weakness, trouble with coordination and balance, numbness and tingling, memory issues, and partial paralysis, among many others. As SELF previously reported, Blair said she often deals with spasticity and dystonia—two potential side effects of multiple sclerosis that affect the muscles—when trying new things, but that she was determined to work through them.

In an interview from Monday night’s episode, Blair talked about what it means to be a contestant on DWTS as a person who lives with MS. “I hoped that by doing this show, I could show people with disabilities the joy that can be found in ways you never expected,” she said.

Ultimately, her presence on the show offers much-needed representation and inspiration: “The gratitude I feel, if I could ever help someone try something new, especially someone that’s chronically ill and has differences. [That’s what] tonight and the past few weeks have been all about.”