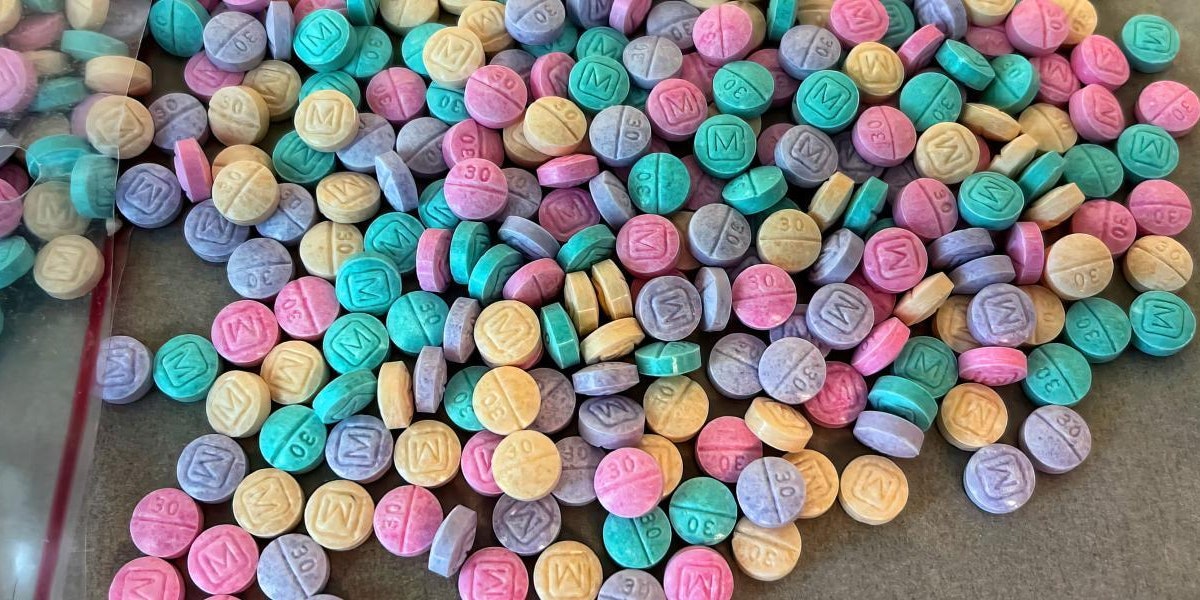 Be aware that fentanyl—a synthetic opioid up to 100 times more potent than morphine—may be hiding in plain sight. “Rainbow” fentanyl, which looks a lot like candy, has been seized in multiple states, according to a statement from the US Drug Enforcement Administration (DEA). The pills are being manufactured in bright colors in what the agency calls an “alarming emerging trend.”

Schools across the country, including Pennsylvania State University and some school districts in Florida, are now warning students and their families about the risks of rainbow fentanyl. Law enforcement found the pills in at least 18 states in August alone. “Rainbow fentanyl—fentanyl pills and powder that come in a variety of bright colors, shapes, and sizes—is a deliberate effort by drug traffickers to drive addiction amongst kids and young adults,” a DEA representative said in the statement.

In addition to pills, rainbow fentanyl may be sold as powder or blocks that resemble sidewalk chalk, per the statement; there have been rumors that some colors of the drug are more potent than others, but the DEA’s lab testing suggests that’s not the case. Fentanyl can also be disguised as fake prescription pills, according to the US Department of Justice. In May, the deaths of two Ohio State University students prompted the school to warn of fentanyl-laced Adderall, as SELF previously reported.

People can overdose after ingesting incredibly small amounts of this stuff, which is one reason why fentanyl—especially when it’s masked to look like something else—is currently the deadliest drug in the US. Just 2 grams of fentanyl, which is about 10 to 15 grains of table salt, can be deadly. Because of this, it’s crucial to recognize the symptoms of an overdose, which can include skin that looks pale or feels clammy; limp muscles; purple or blue-ish fingernails or lips; vomiting or gurgling noises; an inability to wake or speak; and a slow heartbeat or trouble breathing. If someone you know has any of these symptoms, it’s crucial to call 911 and seek help immediately.

Unfortunately, experts say the country is not doing enough to fight the opioid epidemic, which is, in turn, driving up fentanyl-related health risks. “The overdose crisis has been going on for two decades and seems to be intensifying,” Sheila Vakharia, PhD, deputy director of the department of research and academic engagement at the Drug Policy Alliance, previously told SELF.

That’s why everyone—especially parents of young adults, college students, and people who have opioid use disorder—needs to be aware of rainbow fentanyl right now. There’s no way to tell what, exactly, is in a drug that has not been recommended to you by a health care provider. The director of Penn State’s Health Promotion and Wellness program emphasized this in the university’s recent warning to students: “Unless a drug is prescribed by a licensed medical professional and dispensed by a legitimate pharmacy, you can’t know if it’s fake or legitimate.”

If you believe you’ve come across any form of fentanyl, do not handle it and call 911 immediately, the DEA said in its statement: “Every color, shape, and size of fentanyl should be considered extremely dangerous.”