The Polestar 5 may still be a couple years away, but we now have a much better idea of what it will be capable of when it finally arrives.

A camouflaged prototype of the EV maker’s future flagship made its public debut at the Goodwood Festival of Speed on Thursday. The marque says the four-door grand tourer will have “proper sports car credentials.” What better way to support this claim than by equipping it with a powertrain that can generate in excess of 850 horses?

At the annual hill climb, the Swedish company revealed that the EV based on its gorgeous Precept concept will be built on its 800-volt electric architecture and pack a dual motor powertrain. The company believes the setup, which consists of a new rear electric motor and another on the front axle, could make up to 884 hp and 663 ft lbs of torque. If the brand can deliver on those numbers, that would make the Polestar 5 its most powerful vehicle. That title currently belongs to the company’s first vehicle, the Polestar 1 hybrid, which has a combined output of 619 hp (but slightly more torque at 738 ft lbs of twist). It’s current most powerful all-electric model, the Polestar 2 BST edition 270, has a dual-motor powertrain that produces 476 hp and 502 ft lbs of torque. 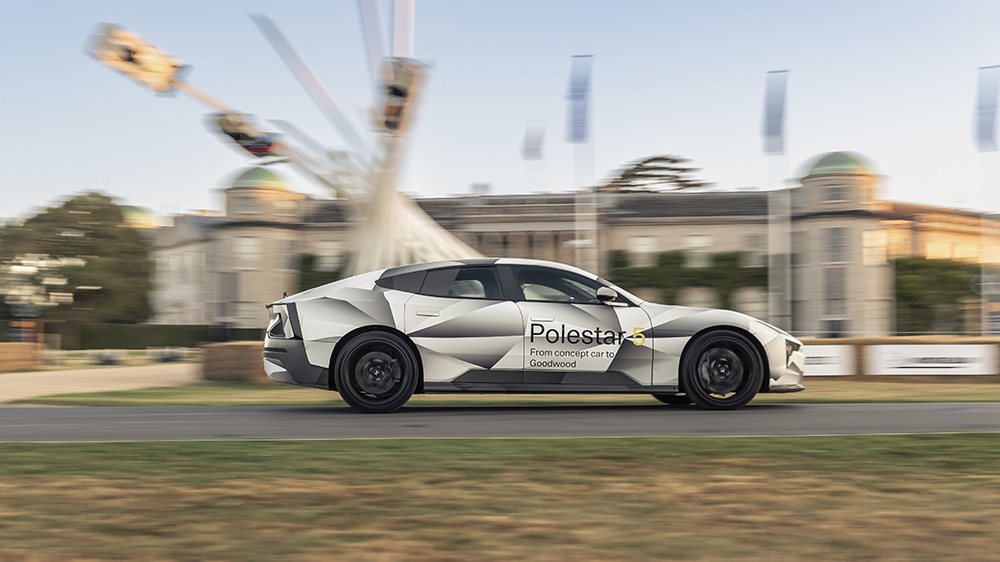 “The new powertrain we are working on will set a new brand benchmark in our high-performing cars,” Jörg Brandscheid, the marque’s CTO and head of R&D, said in a statement. “Combining strong electric motor engineering ability with advances in light-weight platform technology is leading to truly stunning driver’s cars.”

We know what to expect from the Polestar 5’s powertrain, but are still waiting to see what it will look like. The prototype the marque brought to the English event was covered in an intricate camouflage pattern that serves to hide many details. Still, obscured or not, it looks like the Precept’s general shape and lighting package will carry over. That’s a good start. 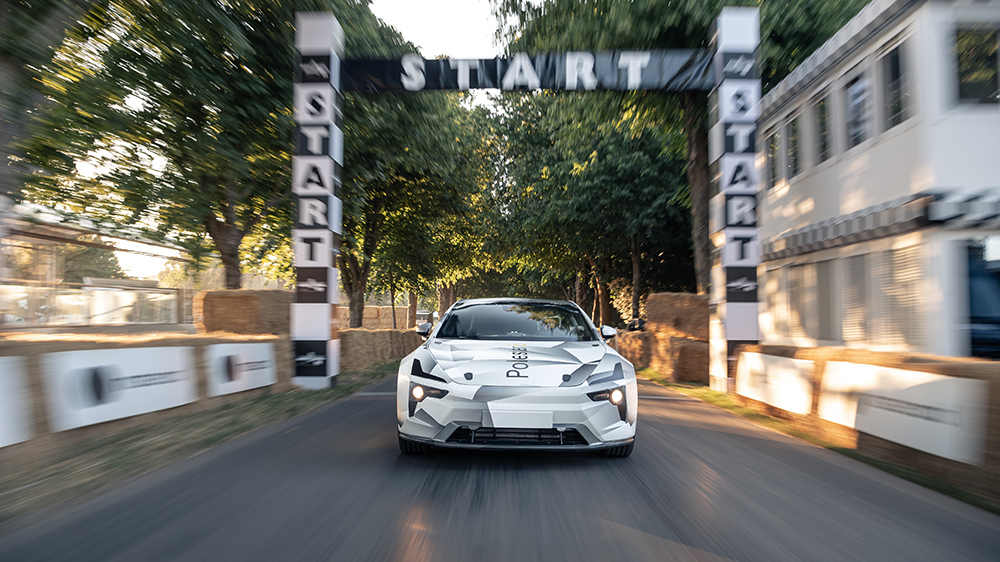 We’ll have to wait until 2024 to find out for sure. That’s when Polestar expects its new flagship to launch. Although, it’s possible we’ll get a better glimpse before then. After all, the company tends to be pretty forthcoming.