The German marque’s performance division has continued its 55th-anniversary celebration by unveiling the new GT3 Edition 55. And because the vehicle isn’t FIA homologated, it just might be the sub-brand’s most extreme customer race car yet.

The FIA’s homologation rules are the set of technical requirements that a car needs to meet to compete in a regulated racing class. They basically exist to make sure that everyone is on an even playing field. These regulations don’t apply to the GT3 Edition 55, though, freeing it from any aerodynamic, engine or weight restrictions. 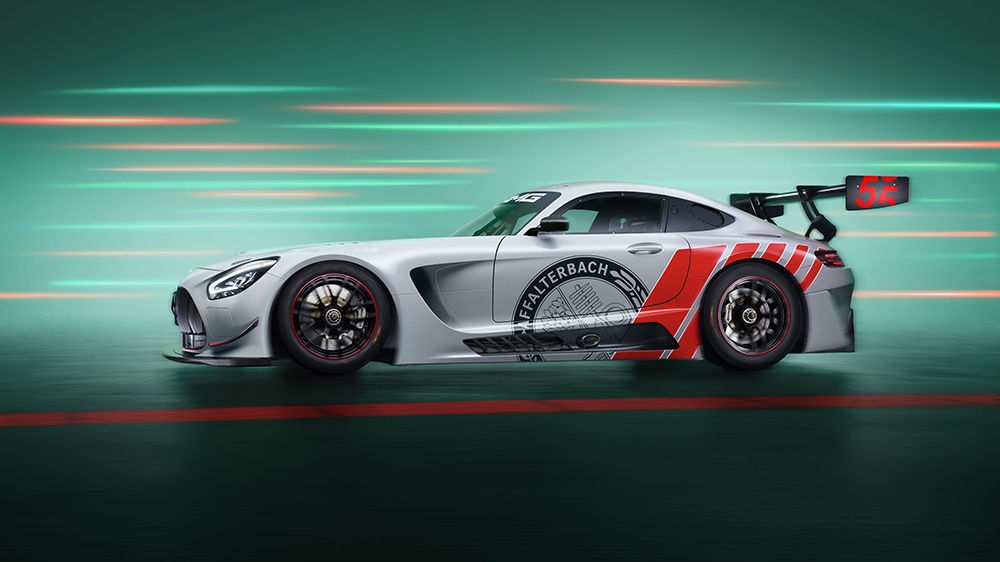 AMG has taken this as a license to have some serious fun with the vehicle. The GT3’s 6.3-liter V-8 was already a brute, but now it delivers a thrilling 650 hp, about 100 more than the homologated version. The car is equipped with all the aerodynamic elements you can think of, including front and rear diffusers, side skirts, louvers and, of course, a giant rear wing. It has also been fitted with a special performance exhaust made from Inconel that doesn’t have a silencer, ensuring everyone at the track can hear the roar of its powertrain. Rounding out the exterior is a gray Manufaktur livery with the Affalterbach crest painted on the doors.

Inside the GT3 Edition 55, you’ll find that AMG hasn’t thrown all caution to the wind. There’s a roll cage to keep you safe, which, like much of the rest of the interior, is coated in matte Anthracite metallic. The cabin is stripped down, but it features some luxury touches you wouldn’t expect, including carbon-fiber trim, seatbelts with silver accents and embroidered seats. There is also a Bosch-sourced data display unit that will allow you to monitor your car during your run and starts with a special AMG anniversary boot screen. 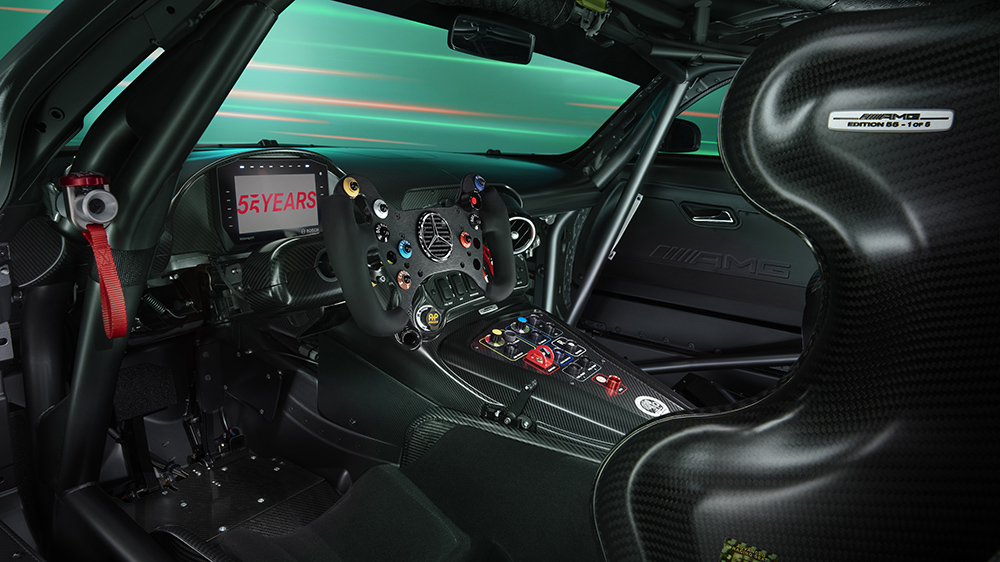 Inside the GT3 Edition 55

It’s going to be hard to get your hands on the GT3 Edition 55. AMG will build just five examples of the race car. It also comes with some birthday goodies too, like an IWC chronograph engraved with the chassis number of the car and a special cover with the AMG anniversary logo. All that comes at a cost, though. The GT3 Edition 55 can be had for €625,000 (or around $624,000).