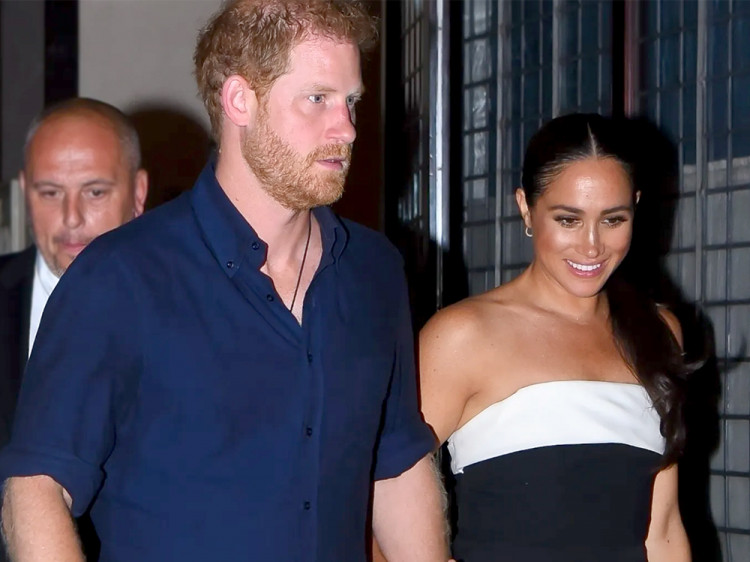 The Duchess of Sussex has had a whirlwind trip to New York so far, beginning with an appearance at the United Nations, then a meeting with Gloria Steinem, and lastly, dinner with friends at Italian restaurant Locanda Verde, accompanied by Prince Harry.

For her evening look, Meghan Markle opted for a monochrome jumpsuit by Gabriela Hearst, featuring a strapless neckline and cut-out detailing at the back. Finishing off the sleek look, she accessorized with a Bottega Veneta pouch bag and strappy Aquazzura heels, while wearing her hair in a low ponytail. It’s not the first time Meghan has championed eco-minded designer Gabriela Hearst. The Duchess often sported the designer’s cult Demi bag during her first official engagements as a royal. She also opted for a custom navy dress by the Uruguayan-born designer during a royal tour of New Zealand back in 2018, and she chose a tailored blazer by Chloé – which installed Hearst as the brand’s creative director in 2020 – for a visit to a non-profit in Amsterdam in April this year.

Meghan’s latest Gabriela Hearst look is in keeping with her wardrobe of elevated staples – her Dior city shorts, worn earlier in the day, are another example of that. All the better if they come with the sustainability credentials to match, too.

Read next: Prince Harry Just Revealed When and Where He Realized Meghan Markle Was His Soulmate