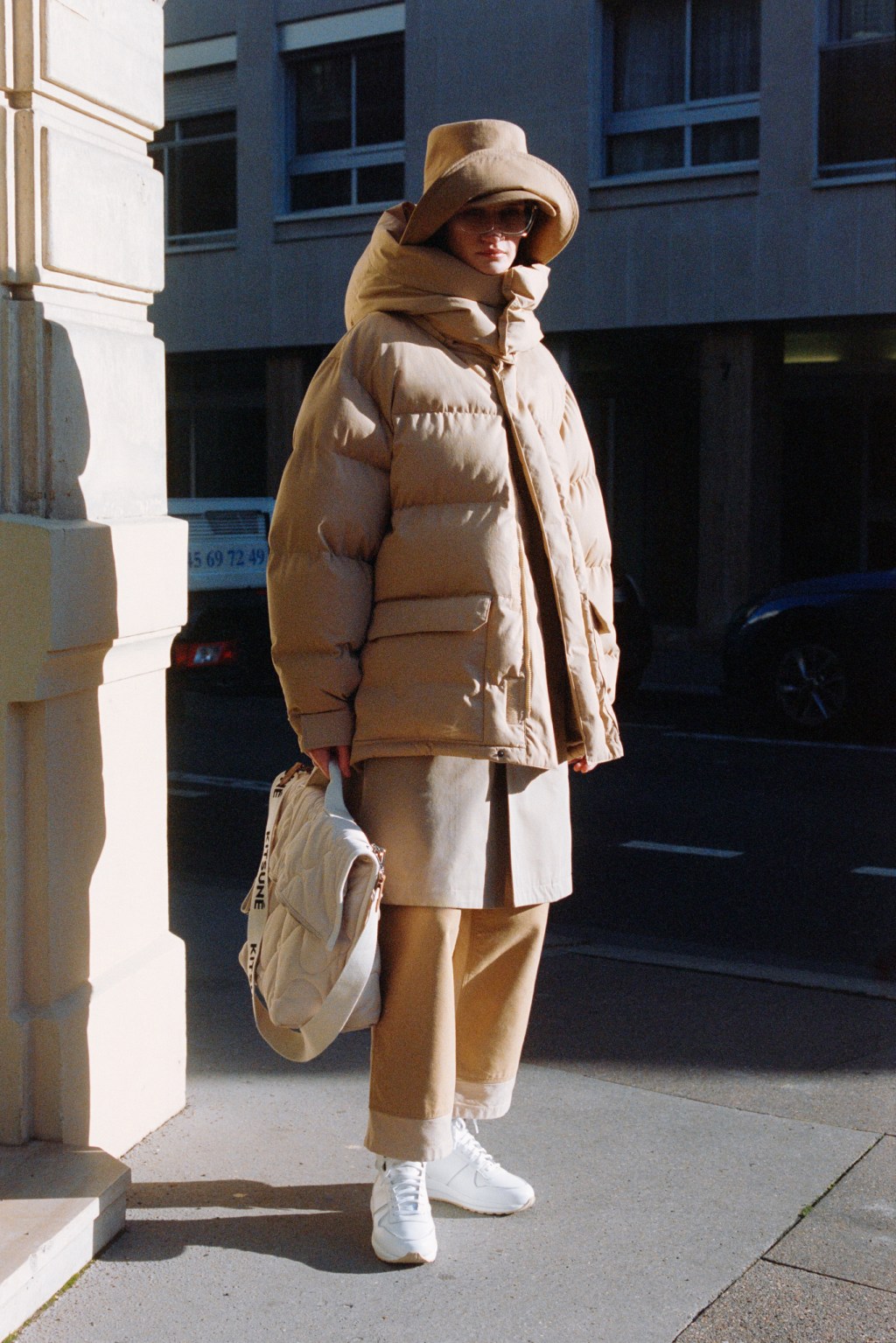 For his first collection since taking over the creative director reins at Maison Kitsuné, Marcus Clayton played with the practical street style codes of the Franco-Japanese label, showing tailored ponchos for women, patchwork pants and satin bombers for men.

The brand anticipates its first runway show under Clayton later this year. He is clear that he is finding his footing at the house, aiming to balance the polished Parisian look with more utilitarian Japanese street style. “Japanese silhouettes are a starting point of the collection and put into reality as if it existed in Paris, so we are connecting the dots in the proportion,” he said.

Clayton deftly pushed the outerwear proportions ever so slightly without encroaching into truly oversize territory. His-and-her versions of several styles abounded: brightly striped rugby shirts were seen on men and reinterpreted as dresses for women, patchwork pants inspired by Parisian construction workers had unisex interpretations. This was inspired by the “couples looks” popular in Asia.

But he also plans to build up the women’s side of the coed collection to create a more traditionally feminine feel. “It’s quite easy to do men’s wear and make it unisex, but at the same time, we want to identify who the woman is,” he said. Here that translated into pleated midi skirts and crisp poplin shirtdresses.

The brand’s signature camo-fox pattern popped up in unexpected places — the print of an overcoat, an oversize bum bag and a chunky chain necklace. Clayton’s sophisticated outerwear and elevated street-style struck the right note for the rebounding brand.