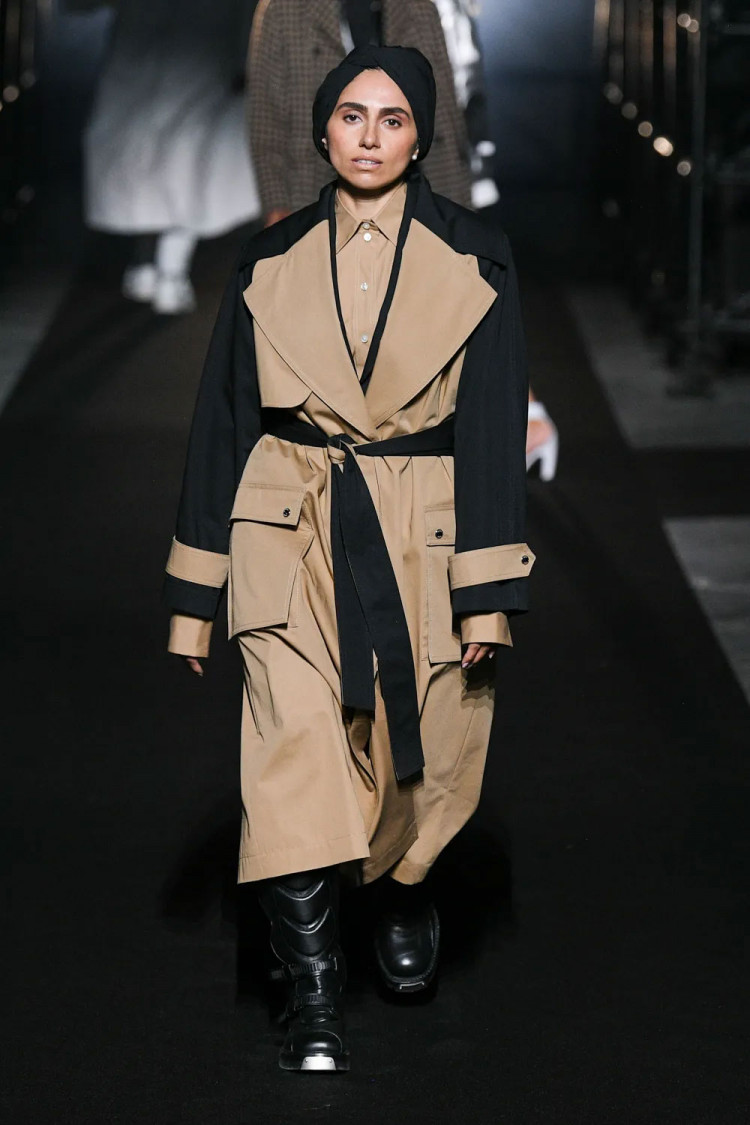 Pharmacist, TV presenter, and disability activist, Zainab Al-Eqabi can now add runway model to her portfolio. The Iraqi para-athlete, who is an above-the-leg amputee, was recently tapped by Boss to walk the ramp for the fashion house’s Fall 2022 collection in Milan.

Dressed in a modest trench coat look in Boss’ signature neutral hues, Al-Eqabi was part of a diverse and inclusive cast that included hijabi Somali model Ugbad Abdi, and body activist Ashley Graham, both of whom are also former Vogue Arabia cover stars. The 32-year-old documented the moment on Instagram by sharing her excitement after walking the runway: “I can’t find the right words to say how epic it was, the whole show and to be part of it, so thank you so much, my Boss family.”

She also spoke exclusiovely with Vogue Arabia to share how the experience went down. “You have no idea,” a laughing Al-Eqabi shared via voicenotes. “Until now I am [still] trying to realize this really happened! I couldn’t sleep last night and I am just going through all the moments… I woke up too early because I wanted to see whats happening. Alhamdullilah I feel so proud.” Prior to the show, Al-Eqabi said “I was very nervous, but the excitement I had for the show made me able to control any kind of nervousness,” sharing that her favorite part of the day was the final moment when she walked the runway. “I was truly taken by everything! And post show is when you realize… WE DID IT!!!” Celebrating the evening with her were friends and fellow members of the region’s fashion industry including Karen Wazen, Deema Al Asadi, and many more. “This just made my day,” wrote Al Asadi on a video of Al Eqabi walking at the show, while Wazen wrote, “I love you,” and stylist Cedric Haddad simply captioned his post with, “Goosebumps.”

Strongly believing that the more people see her amputation, the more people will stop seeing it, Al-Eqabi has many achievements to her name. They include completing two triathlons in the UAE, hauling a 2000 kg Jeep for Dubai Fitness Challenge, and being the first amputee to present a TV show in the Middle East. She has also appeared on MBC1’s Yalla Banat [Let’s Go Girls], which she filmed in Saudi, Egypt, Lebanon, and Dubai.

Read Next: Meet the Arab Women of Determination Giving a Deeper Meaning to Body Positivity