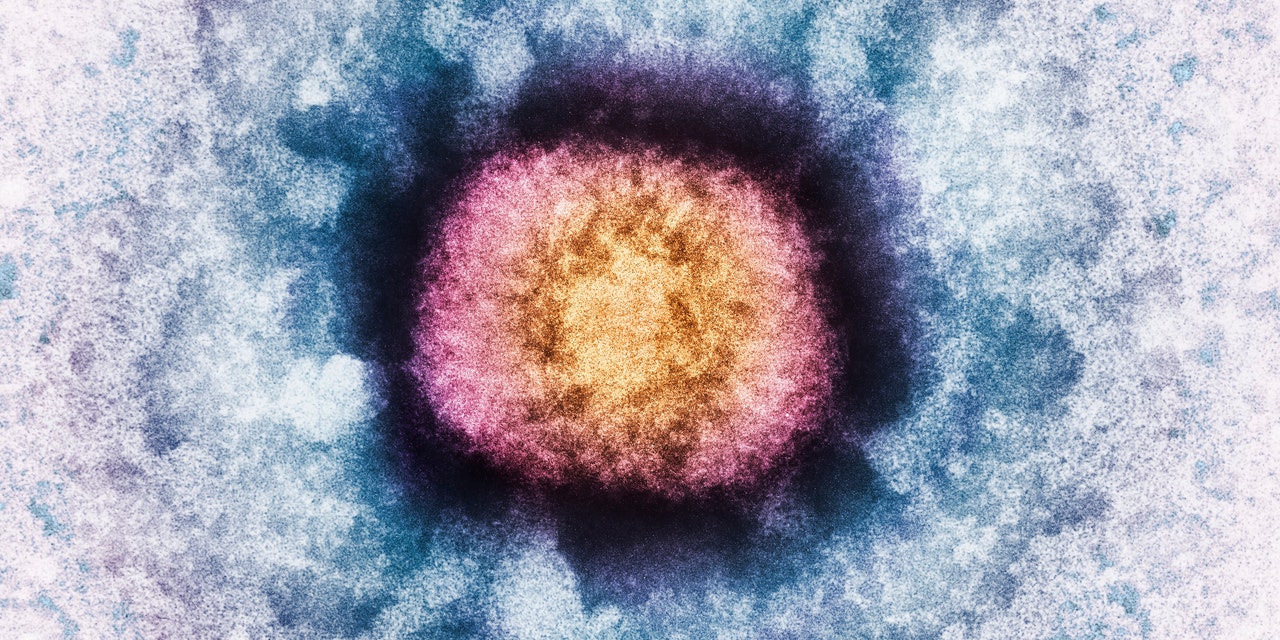 Symptoms of monkeypox are similar to smallpox but milder. Symptoms usually begin one to two weeks after exposure. Early on, this can include fever, headache, exhaustion, muscle aches, and swollen lymph nodes (which is the only notable symptom present with monkeypox but not smallpox), according to the CDC. One to three days later, a rash appears, often starting on the face and then spreading to other areas of the body. The lesions change over time, eventually turning into pustules and then scabs before falling off. People are usually sick for two to four weeks.

The 2003 monkeypox outbreak was contained through a multi-pronged approach.

Spearheaded by the CDC, federal agencies like the U.S. Department of Agriculture and U.S. Food and Drug Administration, and state public health departments, the response included lab testing; epidemiological investigation; the development of treatment guidelines for patients and doctors, as well as vets and other people who handle animals; the distribution of smallpox vaccines and treatments; and federal regulation. For instance, the CDC quickly issued a ban on the importation of African rodents (dead or alive), including animals who were born outside of the African continent but whose native habitat is in Africa. The FDA also issued a ban on the interstate sale, transportation, or release of prairie dogs and six types of African rodents, though it was rescinded in 2008.

That first outbreak was a primer on how to quickly mount a multifaceted defense. It also prompted authorities to take preparatory steps that left us better resourced to handle the situation today. Namely, the government renewed interest in smallpox vaccination, which has not been routine in the U.S. since 1972, when smallpox was eradicated, according to the CDC. (Currently, the smallpox vaccination is only recommended for military personnel and lab workers who work with certain kinds of poxviruses.)

Observational studies in Africa have indicated that smallpox vaccinations are about 85% effective in preventing monkeypox, per the WHO. Experts also think that getting vaccinated after monkeypox exposure can help either prevent the disease or lessen the severity, the CDC explains. (The agency recommends vaccination within four days of exposure.)

Another smallpox vaccination has also been FDA-approved for monkeypox prevention, although it isn’t CDC-recommended or available yet. The CDC committee that issues vaccine recommendations is currently evaluating that vaccine for use in people whose jobs put them at higher risk of exposure.

The federal government says it is monitoring the current situation in the U.S. closely.

“We’re working on it hard to figure out what we do,” President Joe Biden said on Sunday.  continued. “It is a concern in the sense that if it were to spread, it’s consequential.”

He also sent a more hopeful message during a news conference in Tokyo on Monday, per USA Today. “I just don’t think it rises to the level of the kind of concern that existed with COVID-19,” President Biden said.

Ashish Jha, MD, MPH, the White House Coronavirus Response Coordinator, told ABC News on Sunday that he feels the country is well-prepared should the outbreak grow. “This is a virus we understand. We have vaccines against it,” Dr. Jha said. “I am confident we’re going to be able to keep our arms around it. We’re going to track it very closely and use the tools we have to make sure that we continue to prevent further spread and take care of the people who get infected.”