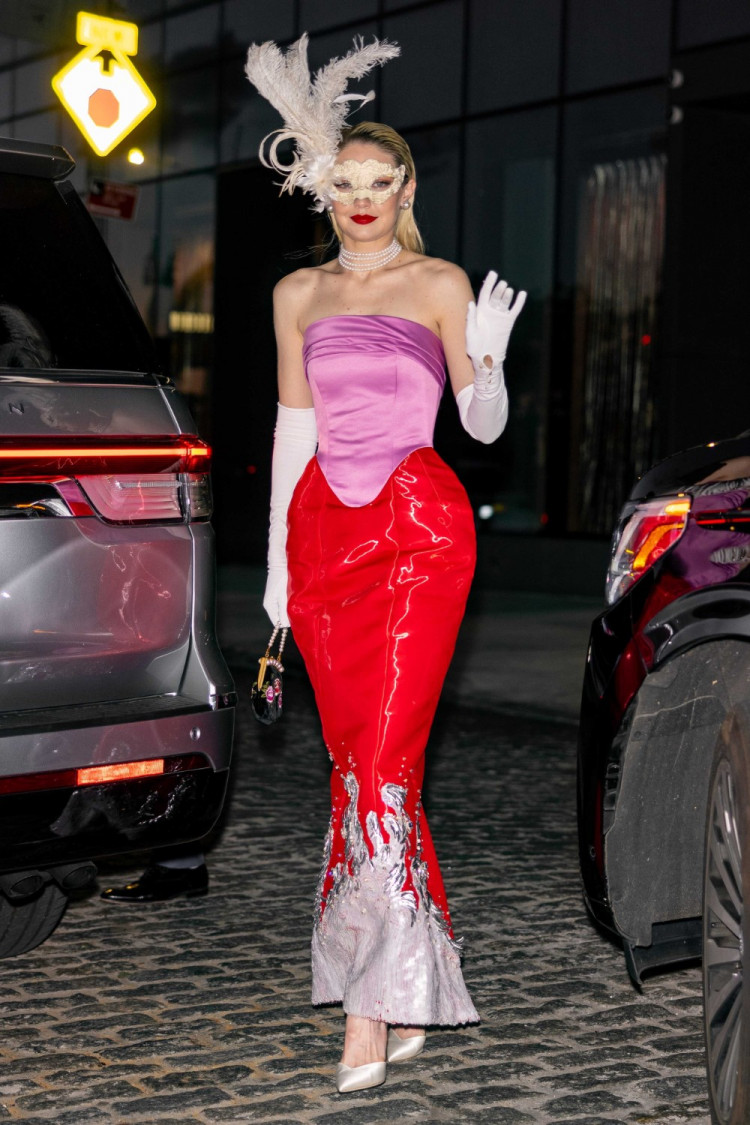 Opting for high glamour, Hadid paired the strapless dress – which featured a corseted bodice and molten skirt with a delicately-embroidered wave motif on the hem – with a pearl choker from Briony Raymond and white opera gloves. She completed the dramatic look with a feathered mask and a bold red lip.

Hadid’s gown is from Sohee Park’s autumn/winter 2022 collection, which was supported by Dolce & Gabbana. The South Korean-born designer, who also counts Cardi B, Ariana Grande and Gemma Chan among her fans, places an emphasis on using sustainable materials, with the collection featuring upcycled fabrics from the D&G archive, as well as abaca, a fabric made from banana leaves.

Craftsmanship, too, is central to Park’s designs: a traditional Korean folk art called Minhwa, or “paintings of the people”, has influenced her creations. “For me, embroideries are like art, like paintings telling a story,” she previously told Vogue. “And Minhwa is such a beautiful, rich Korean tradition; I wanted to share it with the world.”