Genesis’s new G90 flagship is getting a makeover for 2023.

The South Korean luxury marque offered up a first look at the redesigned version of its commanding saloon on Monday. The newest iteration of the G90 isn’t just better looking than its predecessors, it’s also longer.

To be sure, the original G90, which was introduced in South Korea in 2016 and worldwide in 2017 (and underwent a facelift in 2018), was a handsome car. But the new version is sleeker than its predecessors. The new four-door’s lines have been refined from front to back, with any harsh edges replaced with soft contours, giving it a smoother side profile. The highlight is the new front fascia. The brand’s trademark wide-mouth grille is still there, but it’s now winged by two rows of ultra-thin headlights that travel to the wheel well and continue on the other side, up to the first set of doors. 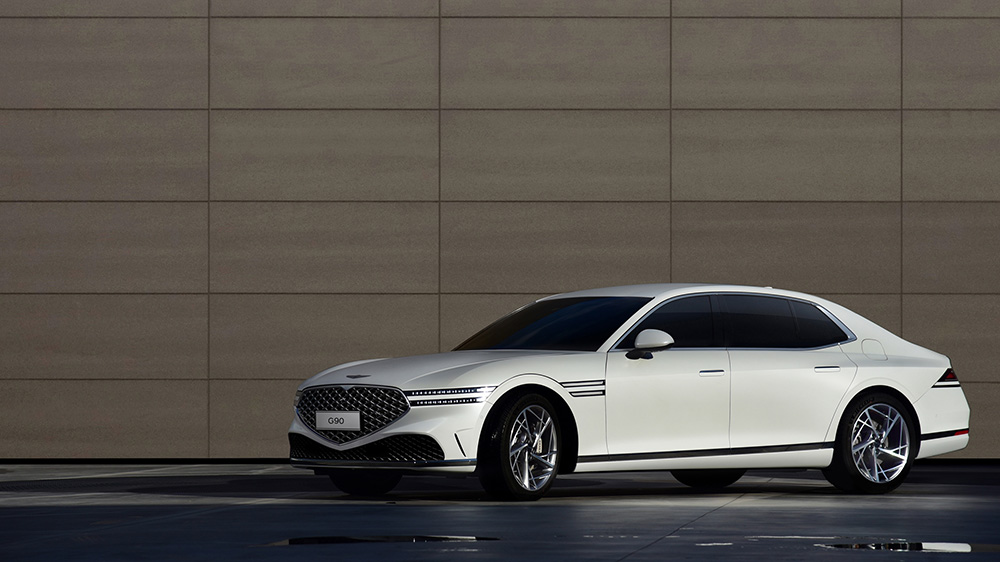 The updated saloon looks decidedly more modern. This is due in no small part to a stretched-out design that reduces visual bulk. It has a long hood and a ducktail-style trunk lid like the G80 sedan, but thanks to a longer wheelbase, those elements look now more harmonious. The automaker has confirmed that it will also build an even longer wheelbase version, thought to be a similar size as the Mercedes-Maybach S-Class.

Beyon the exterior, Genesis is keeping all other details about the G90 close to the vest. This includes what kind of powertrain will lurk underneath its elongated hood. A twin-turbocharged 3.5-liter V-6 will almost certainly be an option, but it’s unclear if a naturally aspirated 5.0-liter V-8 will be as well. We wouldn’t be surprised to see the G90 become the latest addition to the brand’s line of battery-powered Electrified line, either. 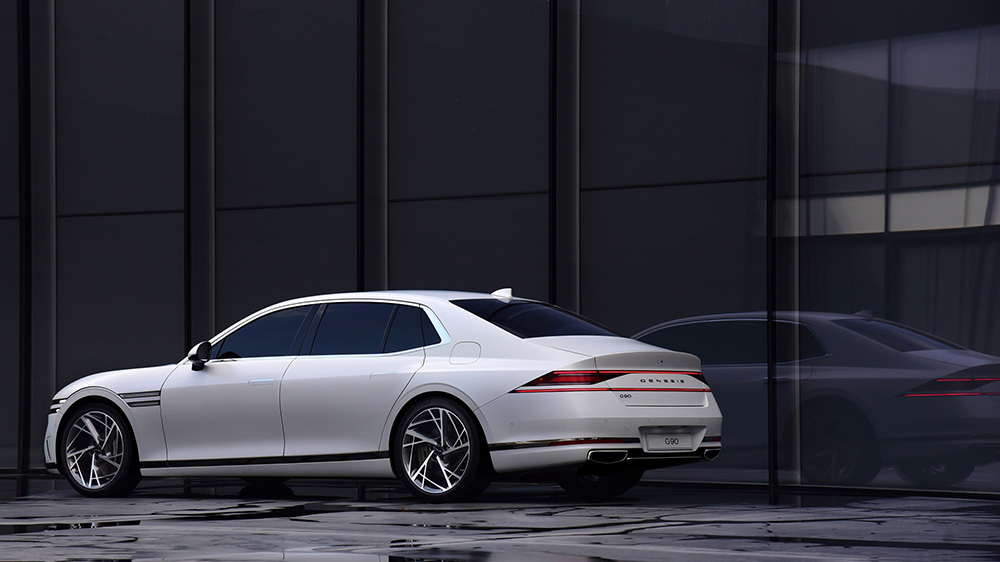 We expect we’ll learn more as its 2022 launch nears. Either way, it’s clear Genesis isn’t afraid of a little reinvention.