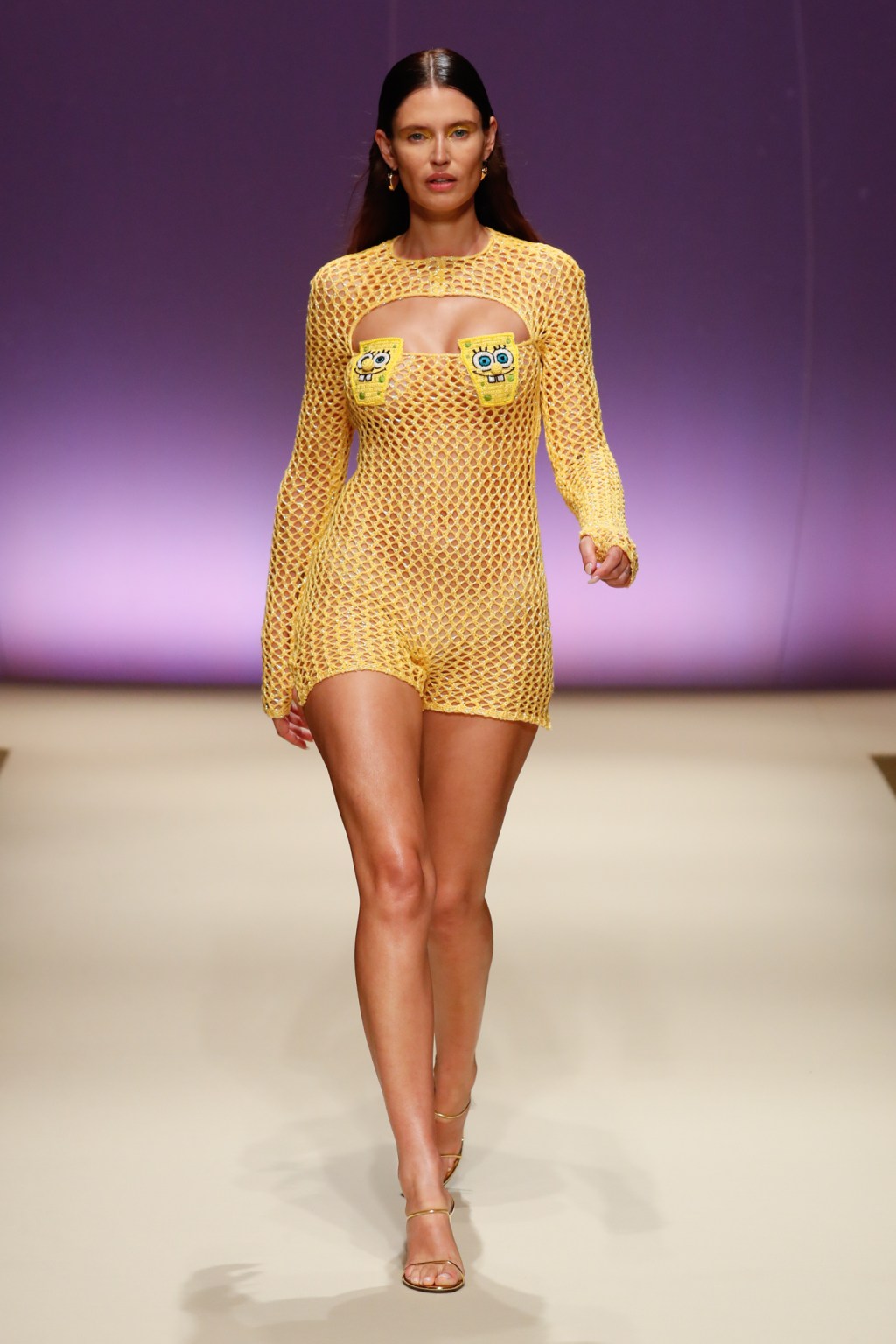 “I wanted to investigate why we go to clubs, put on a dress and do our nails, to be ourselves,” said designer Giuliana Calza. “And, of course, it has to be provocative because sometimes in life messages are only heard when they’re provocative.”

More than just a party, GCDS is a message of acceptance that resonates as much as anything that comes down the runway. That’s what the designer focused on for spring, which was all the more striking against the backdrop of this weekend’s upcoming election that’s expected to swing Italy to the far right.

“It scares me and it’s really personal,” Calza said. “I always thought Italy was the place where ideas could have space and this does not seem to be the case…I want to stay here, I was able to create all of this…Made in Italy that could go everywhere on Blackpink, on Beyoncé, and be a pride for this country. But if I cannot celebrate my culture or the people around me, I won’t be able to do it,” he continued, vowing to turn his attention to helping to get out the vote as soon as the show concluded.

On the runway, at least, it was all about self-love, inclusion, body liberation and freedom of expression, with a noticeable elevation in materials, embroideries and techniques.

“I’m not done with streetwear, this takes a lot of inspiration from streetwear, I just think my world is getting bigger,” said the designer. “Now that I have such a big community, I need to talk about individuality. Mass is no longer working for us,” he said, commenting beyond the scope of the runway, perhaps.

SpongeBob was a mascot on a beaded minibag and a chunky hand-knit patch worked football jersey. “He has no sexuality or prejudice, he likes to embrace everything,” Calza said. “That’s how we should see the new generation.”