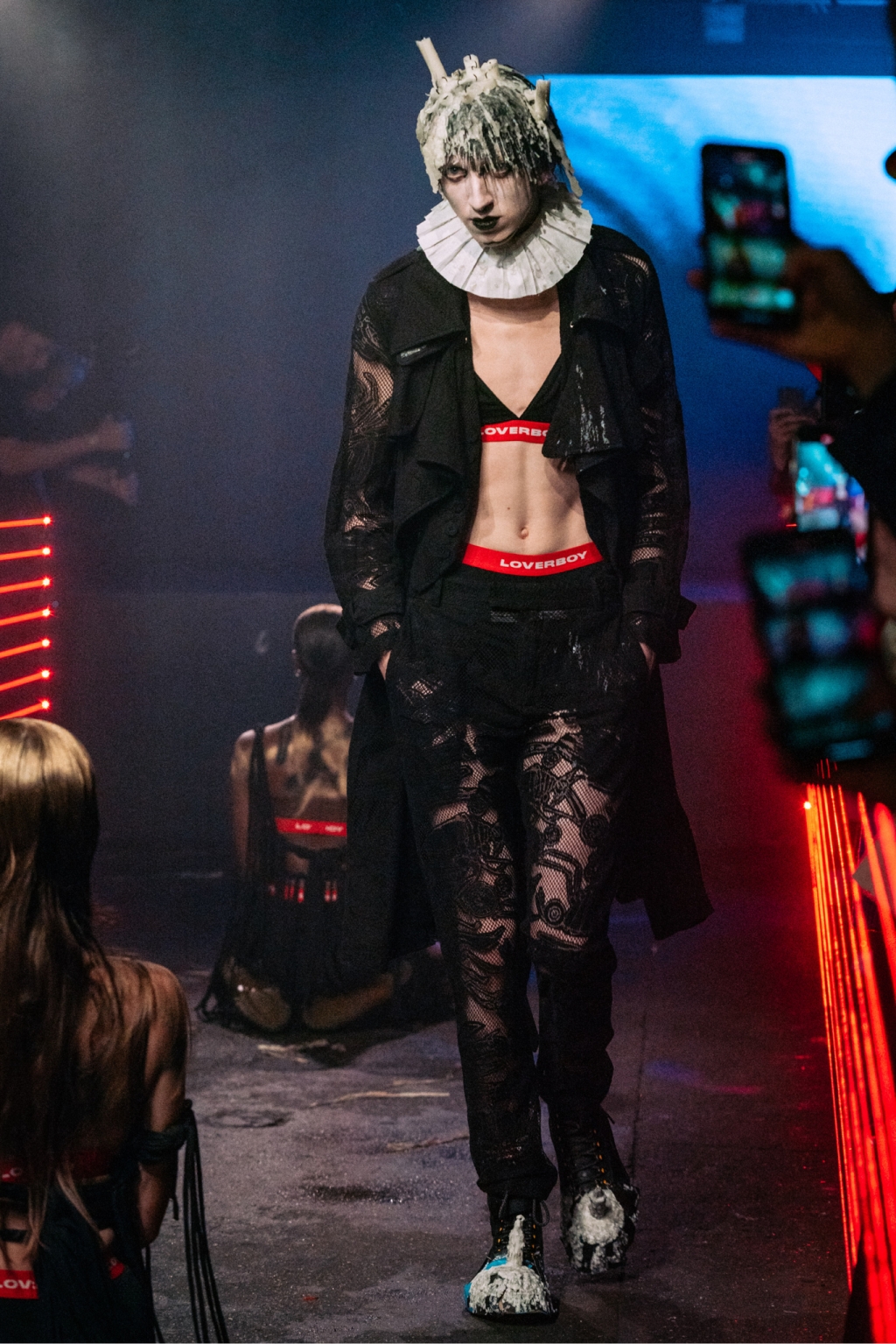 The look: Part one by Bradley Sharpe: An attempt at ’60s-era Balenciaga couture, in white fabrics resembling paper, and black ones that looked like trash bags. Part two by Jeffrey: The usual loud and zany clothes for party people who burn the candle at both ends, literally. Some even wore candles on their heads, yielding a creepy cap of melted wax.