The Taiwanese tech company, which is best known for manufacturing the Apple iPhone, announced official plans to get into the electric car business on Monday. And to show just how serious the company is about its surprising pivot, it unveiled three battery-powered prototypes: a luxury sedan, a crossover SUV and a bus.

As is the case with its most famous product, it doesn’t sound like Foxconn plans to sell EVs itself. They will instead be released under the “Foxtron” brand in partnership with other automakers, like Taiwan’s Yulon Motor Group, which built the prototypes on display Monday, according to a press release. It would seem that Foxconn’s real focus is on the platforms on which the vehicles are built. The company is promising some pretty big things from its all-new electric architecture, too, like 400-plus mile range and lightning-quick acceleration. 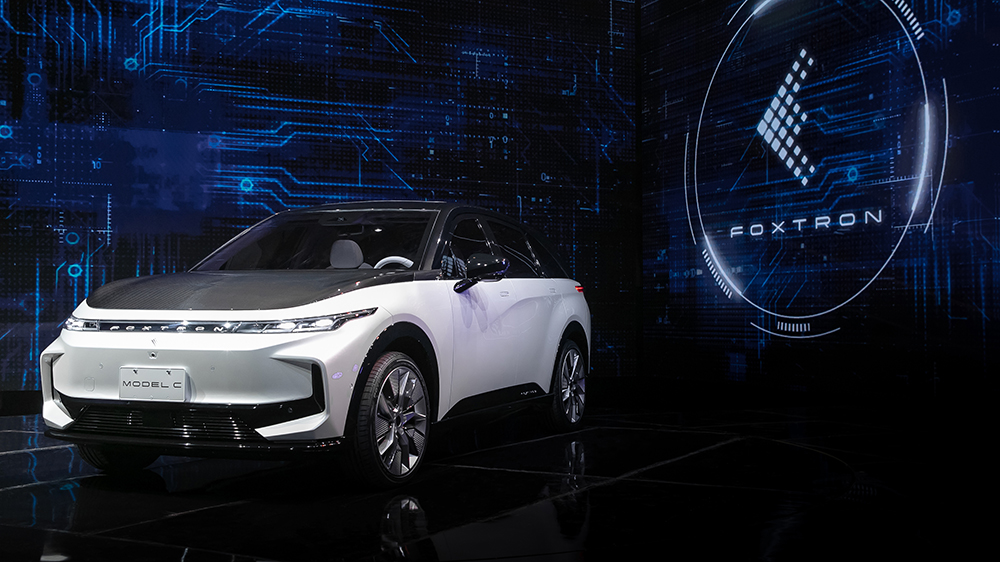 Perhaps the most intriguing of the trio us the Model E luxury sedan. The commanding four-door has a sleek design courtesy of longtime-Ferrari partner Pininfarina and a brutish powertrain. It’s unclear how many motors it will feature, but the tech company promises it will be capable of delivering 750 hp, launching from 0 to 62 mph in 2.8 seconds and have an impressive 466-mile range. Those figures would put the Model E in the same league as the more powerful versions of the Lucid Air, Tesla Model S and Mercedes-Benz EQS.

Interestingly, the sedan does promise one novel amenity that those cars don’t. The company claims that the rear seating area can be transformed into a “dedicated mobile office.” There were no further details about what this will entail—and Foxconn did not respond to a request for elaboration from Robb Report—but it promises the vehicle will seamlessly connect with your mobile devices, something that could come in very useful for those whose jobs require constant connection, even while on the road. Other tech-oriented features include “smart windows” and doors that unlock via facial recognition. 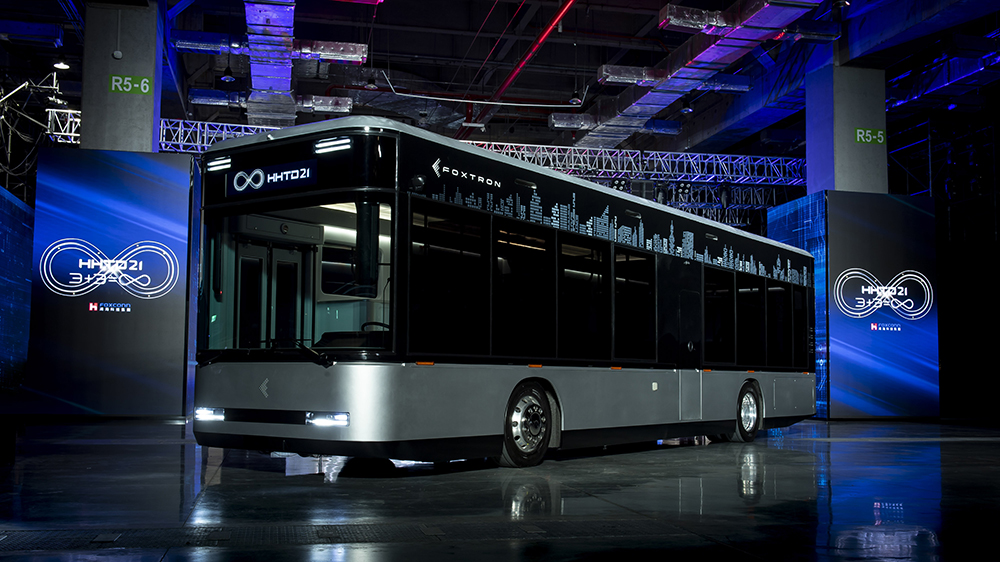 Like nearly every company looking to get into the EV game, Foxconn also intends to roll out a crossover SUV. The Model C features just as much interior space as the Model E, including seating for seven, despite its smaller size. It’s unclear how powerful it will be, but the company says the car will be able to accelerate from 0 to 62 mph in 3.8 seconds and travel 434 miles on a single charge. Meanwhile, the Model T—which we have to assume will have to undergo a name change if it’s ever released stateside—is a large bus that will be able to carry a full load of passengers 250 miles without stopping.

No release dates were announced for the Foxtron line of EVs, but it would seem Foxconn is ready to get to work. Last month, it acquired EV startup Lordstown Motor’s Ohio factory, according to CNET Roadshow. And earlier this summer, the company also bought its own semi-conductor chip plant. We’ll soon find out whether phones or electric cars make for better business.