Car collectors are always on the lookout for something new for their garage. If this describes you, let us direct your attention to one of the finest supercars in recent memory.

A rare 2012 Lexus LFA was just put up for auction on Bring a Trailer.  It may not be the example once owned by reality star Paris Hilton, but with only 850 miles on the odometer, it’s exactly the sort of vehicle enthusiasts won’t want to let pass them by.

The LFA just might be the finest vehicle to ever bear the Lexus name. The Japanese brand wanted to build a car that could stand toe to toe with the best Europe had to offer. Development of the car began in the early aughts and by the 2009 Tokyo Motor Show, it was ready. With a gorgeous body designed by Kengo Matsumoto and a racing-derived powerplant built with the help of Yamaha, the LFA was that and more.

Unfortunately, it would take the rest of the world time to catch on, by which point production of the vehicle, which ran from 2010 to 2012, had ceased. During that time, only 500 cars were built, and only 190 of those made it to the US. 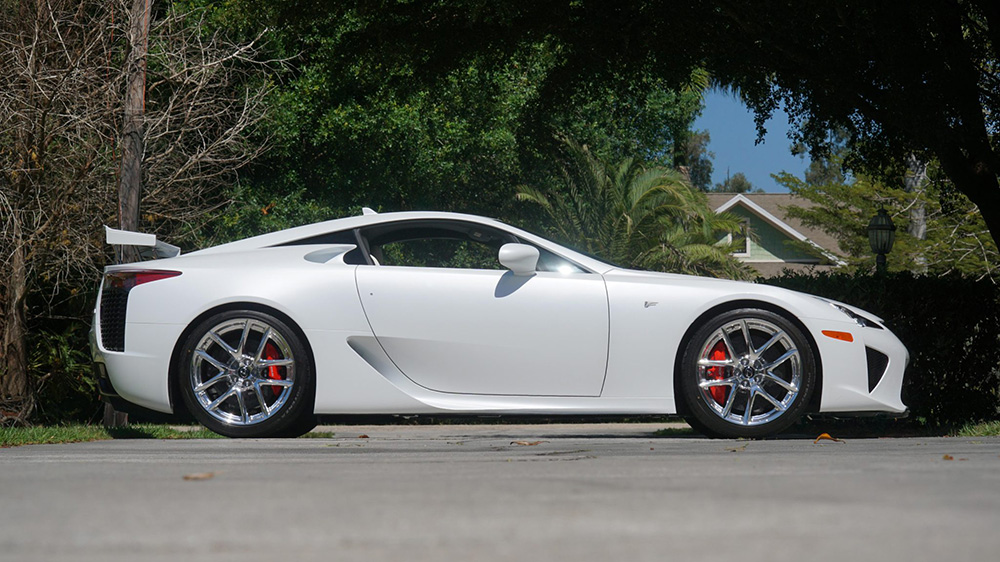 The carbon-fiber body of this example, which is no. 235 according to a plaque on the rear bulkhead, is finished in a stunning coat of Starfire Pear. The eye-catching white hue accentuates the the car’s smooth, aerodynamic shape, while its sharp lighting package, prominent rear wing and a set of forged 20-inch BBS wheels give it suitably athletic profile. Inside, you’ll find a cabin done up primarily in white leather, with splashes or red and black, as well as carbon-fiber trim.

The LFA isn’t just one of the best looking Lexuses of all time, it’s also its most capable car—by a long shot. The two-door is powered by a naturally aspirated 4.8-liter V-10 that generates 552 hp and 354 ft lbs of torque. All of that power is sent to the rear wheels via a six-speed single-clutch automated manual transmission and a Torsen limited-slip differential. That’s right, it’s a stick shift.

With so little wear and tear on the mill, you should have little problem pushing the car to its max too. In the LFA’s case, that means being able to sprint from zero to 60 mph in 3.6 seconds and reach a top speed of 203 mph. 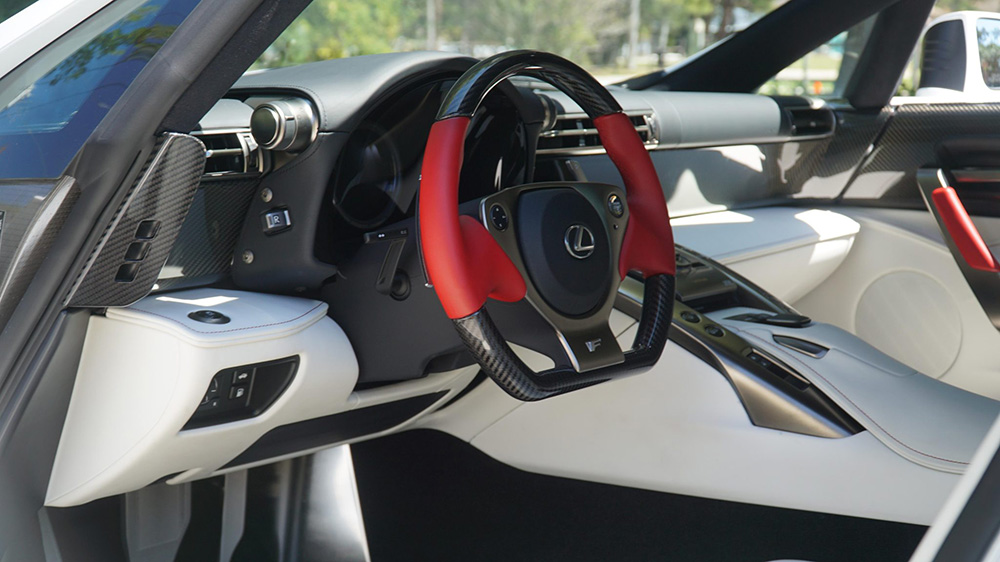 This gorgeous white LFA will be up for auction until ­next Wednesday, April 13. Bidding is already up to $655,000 as of press time, but considering the car’s condition and rarity, we wouldn’t be surprised to see it sell for much more than that. Another LFA with five times the mileage sold for $808,000 in January, more than twice the car’s original $375,000 price.

Supercars this special don’t come up for grabs every day.

Check out more photos of the 2012 LFA below: 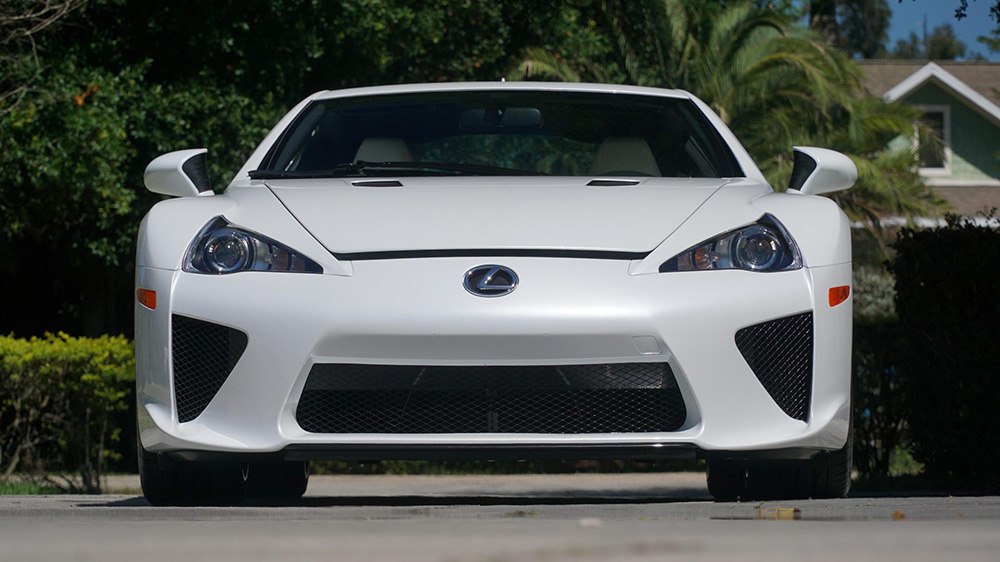 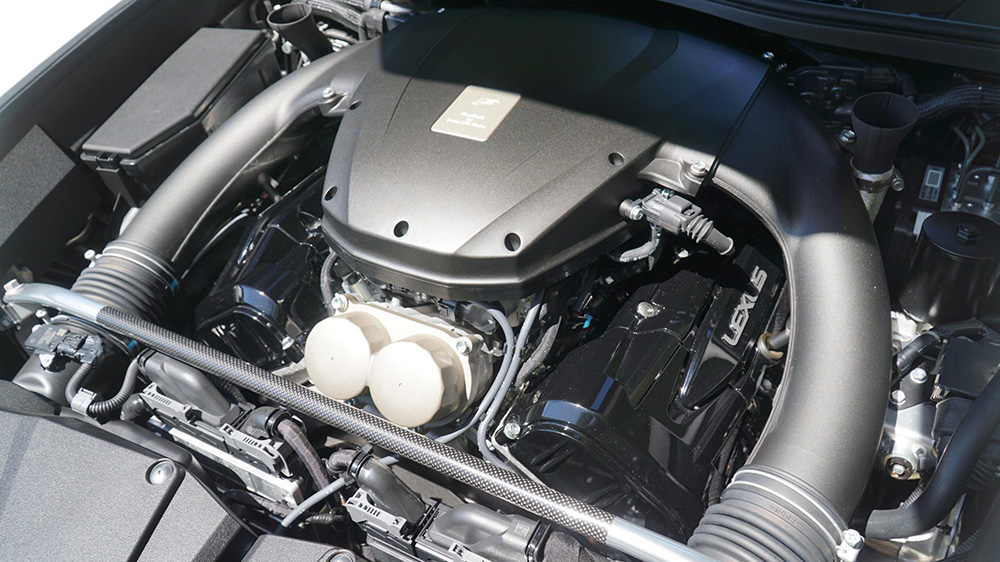 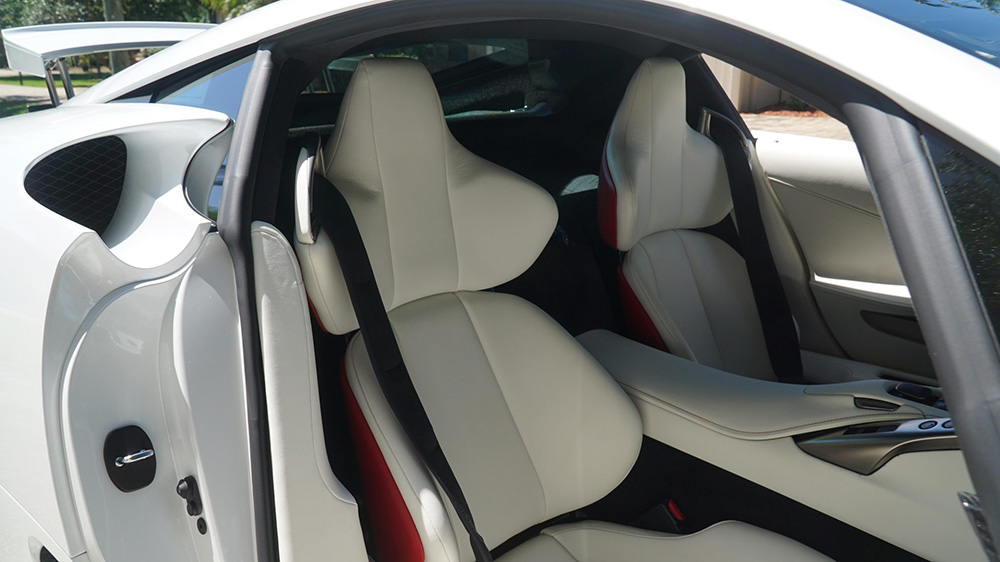 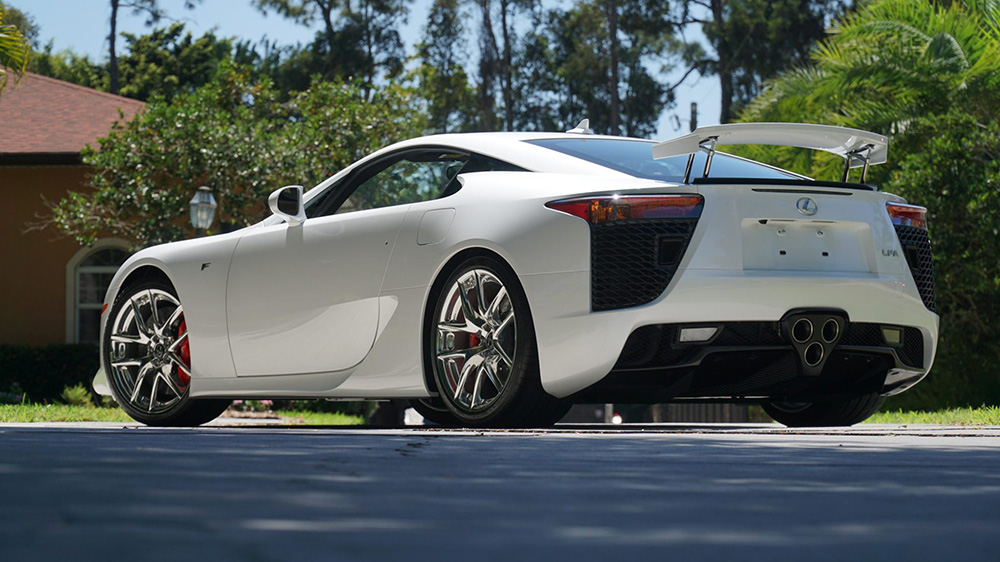