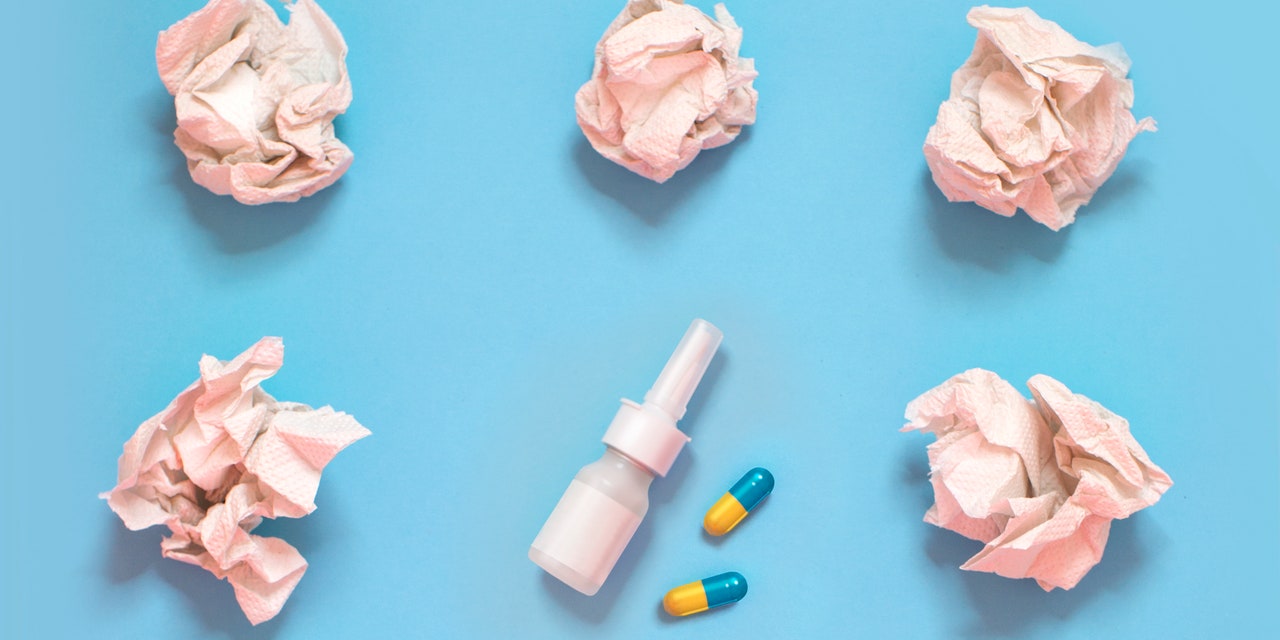 It’s that time of year again. No, we’re not talking about pumpkin spice season, we’re referring to the my-nose-is-constantly-running-from-September-through-spring season. Everything from allergies to COVID-19 to the common cold or flu tends to get worse when the air gets cooler, and a runny nose (even when it’s relatively mild) can be a pretty annoying issue associated with all of them. The worst part? All that dripping can last from 10 to 14 days, according to the Centers for Disease Control and Prevention (CDC). That’s quite a bit of snot, honestly.

At its core, a nose that won’t stop running is your body’s way of responding to a trigger, Quintin M. Cappelle, MD, an ENT-otolaryngologist at the Mayo Clinic, tells SELF. Namely, it all comes down to some kind of irritant—like an allergen or a virus—spurring inflammation inside the noses or sinuses, which revs up your mucus glands. In some cases, the immune system appropriately responds to help fight off whatever’s stirring up trouble. In the case of a virus, the extra mucus is a good thing—it helps flush all the bad stuff right out. In the case of allergies, the inflammation is triggered by a generally harmless substance (like mold spores being released by rotting leaves), he says, which isn’t usually a threat to the body unless you have a condition like allergic asthma.

A runny nose is just a part of life during cold and flu season, but you can feel a bit less miserable with some home care. Here’s how to get rid of the constant mucus drip as fast as possible, according to experts.

Ultimately, if you are fighting with a runny nose, you’re in good company. Nasal congestion is one of the most frequent symptoms that doctors see.2 Figuring out what’s causing your nose to be a gushing snot faucet can be instrumental in treating it. If you’re also sneezing and dealing with itchy, watery eyes or a scratchy throat, you could have seasonal allergies, or allergic rhinitis, which are triggered by outdoor allergens such as mold, ragweed, and certain trees or indoor allergens, like pet dander, dust mites, and cockroaches, Nicole J. Van Groningen, MD, an internal medicine specialist at Cedars-Sinai Medical Center, tells SELF.

Sometimes, other irritants can be fueling the constant mucus flow, says Dr. Van Groningen. That includes things like fragrances (yep, even from burning candles), cleaning products, or very cold air. “These aren’t technically allergens, but can still produce a response of congestion and a runny nose,” she says. Pollution may also be on that list, particularly when it comes to year-round nasal symptoms, according to a 2017 study published in the American Journal of Respiratory Cell and Molecular Biology, but more research is needed.1

However, if your runny nose is accompanied by a fever or chills, headache, body aches, or a sore throat, it’s probably a cold, the flu, or COVID-19, which are all caused by viruses that can set off similar symptoms, per the CDC. There are a few differences, though. A cold is typically milder than the flu and COVID-19; you’re also less likely to have a fever with a cold, and you shouldn’t have a fever with allergies. If you experience a change or loss in your taste and smell, you’re probably dealing with COVID-19, according to the CDC, but this symptom can still occur with any respiratory infection that affects the nasal passages. If you have any cold- or flu-like symptoms, it’s best to take an at-home COVID test, and confirm the results with a PCR test at your doctor’s office, if you can, so you can take appropriate precautions if you do test positive. In general, you’ll want to stay home if you’re not feeling well, regardless of what made you sick.